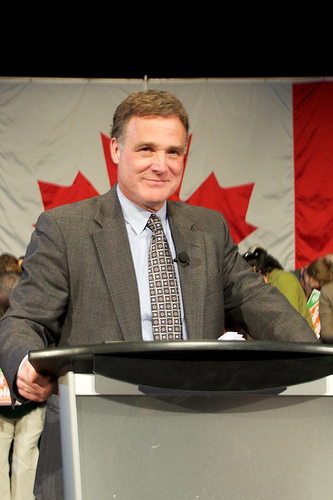 Former provincial NDP party leader Robert Chisholm has thrown his hat into the federal leadership race.  CBC.ca is reporting that the current MP for Dartmouth-Cole Harbour made an announcement via Facebook on Sunday that he would add his name to the pool of candidates vying for the coveted role of federal party leader held by the late Jack Layton.

It's looking as though the clear front-runners thus far are Deputy Leader Thomas Mulcair and veteran strategist Brian Topp. According to the CBC article, Chisholm is quoted as saying in an online statement that the " [NDP] party has given renewed hope to so many Canadians as the last election has shown and we cannot let them down."

Tell us what you think of Chisholm's bid for the leadership race. Though the article says he has starting taking French courses, how big of an impact do you think his lack of bilingualism will have on the success of his candidacy? Based on his tenure as a provincial NDP leader and currently as an MP, do you think this experience is enough to propel him forward?