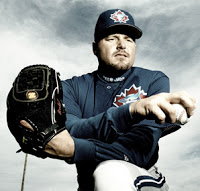 “I have never smoked a cigarette, I have never smoked dope, I have never done cocaine,” Clemens said about halfway into the five-hour deposition. “I would not put anything — allow anybody to put anything — in my body that’s going to be harmful to me. That’s who I am as a person.”
Clemens claimed it had been “shocking” to learn that Pettitte had used growth hormone. “I would think that we were close enough to know that if he was thinking of doing it, or did it, that I would have known,” the Texan said. He could not explain why McNamee might have lied about him yet told the truth about Pettitte. “This man has me being a drug dealer,” Clemens said. “Very upsetting…if you have seen my interviews. Very upsetting.”
The committee’s investigative staff had, in fact, seen Clemens’s interviews. They had watched his denials on YouTube, 60 Minutes and at a press conference in Houston. Clemens had boxed himself in with the claim that McNamee had injected him with B12 and lidocaine, not steroids or HGH. Now he was forced to repeat and explain those claims under oath. He had to testify about his wife’s use of HGH, which had come up in Pettitte’s deposition to investigators. (Two days after Clemens’s testimony, McNamee would tell the investigators that in the winter of 2002-03, at Clemens’s house in Houston, Clemens had summoned him to the bedroom, pulled a vial of growth hormone from a shaving kit in the bathroom and instructed him to inject Debbie Clemens.) Clemens also had to discuss a decade-old medical report that described a “palpable mass” on his buttocks where an MRI revealed a “collection of fluid deep within the subcutaneous fat, likely related to the patient’s prior attempted intramuscular injections.”
A week after his deposition Clemens returned to Capitol Hill for the Feb. 13 hearing that laid waste to his legacy. Ten minutes before the hearing the ranking Republican on the House committee, Tom Davis of Virginia, offered Clemens a chance to back out, but the Texan waved him off as he would a catcher who’d called for the wrong pitch.
Two weeks after the hearing the committee referred Clemens’s testimony to the Justice Department for a possible perjury investigation that has since led the FBI into the darkest corners of the pitcher’s life. McNamee had seen it all coming; during the hearing he sketched a game of hangman on his notepad.
SPRING 2009
Roger Clemens has been keeping a low profile, like a soldier caught behind enemy lines. Charities once proud to feel his embrace have cut their ties. At the final game at Yankee Stadium last fall, Clemens’s accomplishments were not recognized, while Pettitte had the honor of starting the game. Clemens’s defamation suit against McNamee was all but gutted by the presiding federal judge on Feb. 12. In the course of their perjury investigation, FBI agents Heather Young and John Longmire interviewed Clemens’s friends and business associates, as well as gym owners, doctors and former teammates, looking for connections between Clemens and the steroids underworld.
While Clemens has put himself on the verge of a federal indictment, McNamee is trying to pick up the pieces of a broken life. He contributes to a website started by some friends in Boston, SportsImproper.com, and is rebuilding his training business. He is preparing to sue Clemens for defamation. He has met with prosecutors in Washington, D.C., and been told to be prepared to testify before a grand jury. Members of Congress — including ones who once defended Clemens and attacked McNamee — now say they expect to see the Texan indicted.