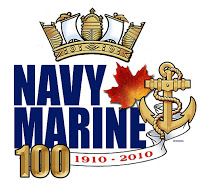 In honour of the Canadian Navy’s Centennial celebrations, I thought I’d put together a list of reading suggestions for readers interested in the awe inspiring history of our Canadian Navy.

“An unusually good writer and faithful diarist, Commander A.F.C. Layard, RN recorded his experiences from his first days as a cadet in 1913 until he retired in 1947. This book contains entries written between 1943 and 1945, when he commanded the destroyer HMS Salisbury and the frigates HMCS Matane, Swansea and Saint John in anti-submarine campaigns in British waters. Layard’s diary entries are enhanced with essays by Whitby, the Senior Naval Historian at the Canadian National Defense Headquarters. A section of b&w photos is included.” – Publisher

Operation Apollo : the golden age of the Canadian Navy in the war against terrorism, by Richard Gimblett. 2004

“This beautiful volume provides an excellent account of the many ways in which the Canadian Armed Forces (or CF) have helped in crucial military operations in southwest Asia. Continually accomplishing more with less, the remarkable men and women of the CF have engaged in–and indeed even led–naval and maritime air patrols in the Persian Gulf and logistical support there by both air and sea.” – Carl A. Christie

“Marc Milner brings his classic work up to date and looks back at one hundred years of the Navy in Canada. With supplementary photos, updated sources, a new preface and epilogue, and an additional chapter on the Navy’s global reach from 1991 to 2010, this edition carries Canadian Naval history into the twenty-first century. Milner brings effortless prose and exacting attention to detail to his comprehensive and accessible examination of this fascinating Canadian organization.” – Publisher 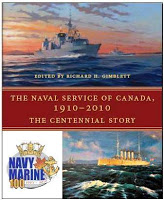 “Canada proudly celebrates 100 years of naval service in 2010. This highly illustrated commemorative volume chronicles the full century of the Canadian navy as a proud national institution. The editor, Dr. Richard Gimblett, is the command historian of the Canadian navy. The two forewords are by Governor General Michaëlle Jean (as commander-in-chief of the Canadian Forces) and the chief of the Maritime Staff (commander of the navy). The 11 contributors are highly recognized authorities on their particular period. The comprehensive coverage includes the origins of the Canadian navy in 1867, both world wars, the Korean conflict, the postwar period, and a look at the navy of the future. There is also a section on naval war art.The book features both black-and-white and colour illustrations and will appeal to a broad cross-section of readers, including those who love all things naval, navy veterans and their families, historians, and librarians.” – Publisher

In Peril on the Sea : the Royal Canadian Navy and the Battle of the Atlantic, by Donald E. Graves. 2003 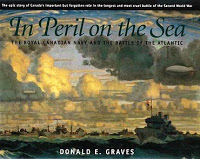 “In Peril on the Sea is the story of the Canadian navy and its important contribution to Allied victory in the Battle of the Atlantic — the most crucial battle of the Second World War. Much of this fascinating saga is presented through the personal accounts of 65 eyewitnesses — British, Canadian, German… sailors, submariners and merchant seamen — who participated in the Second World War’s longest operation. In Peril on the Sea contains nearly 200 photographs, drawings, maps, graphics and ship profiles which bring to life with compelling immediacy the grim but courageous struggle to preserve the sea lanes of freedom between 1939 and 1945. Commissioned by the Canadian Naval Memorial Trust and written by one of Canada’s foremost historians, In Peril on the Sea will appeal to general and specialist readers alike.” – Publisher 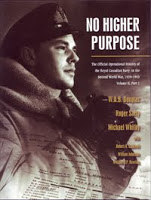 “A Blue Water Navy concludes the story begun in No Higher Purpose, of how Canada earned its place as a charter member of that western maritime alliance – how an essentially coastal defence navy, that in 1939 consisted of only a ‘baker’s dozen’ of ships and fewer than 2000 sailors by the summer of 1945 had swelled to nearly 100,000 men and women all ranks, had proven instrumental in the defeat of Nazi Germany and was preparing to operate two carrier task forces in support of the invasion of Imperial Japan. It is a remarkable story, impressively told.” – Richard Gimblett