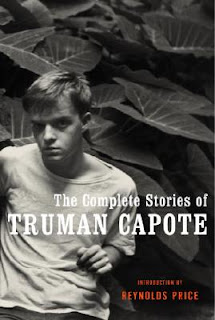 I’ll let you in on a little secret – librarians love a good pun. Which is why often you’ll see displays in library branches (and posts on library blogs) with pun-y titles. And which is why it seems that “Shorts for Summer” has been a long favourite gimmick for librarians during July and August. You wear shorts in summer, so why not read shorts in summer? Hilarious isn’t it? 🙂

Okay, so maybe our sense of humour isn’t the best – but reading short stories in the summer really is a good idea, I think. Easy to dip in and out of, take them to the beach, read them in the park on your lunch break. But even people who read a lot often don’t know where to start with short stories. We often get reading ideas from bestseller lists, from press reviews – but for whatever reason, short stories don’t seem to catch the same kind of attention. Looking for a quick fix this August? Here’s a few ideas:

The Best American Short Stories and The Best Canadian Stories are just what they sound like: books that feature a selection of great short stories from American and Canadian authors. They are produced annually and a great source readers looking for a selection of writings from a variety of authors. The publishers of the American “Best” series of books have become a bit of an institution really and the series has expanded well beyond short stories to include short writings of other types: my favourites are The Best American Essay series and the Best American Nonrequired Reading series – both feature essays, most of which are collected from major American news sources.

Magazines can be a good source of ideas for new writing – particularly short fiction. The Spring Garden Library carries McSweeneys Quarterly Concern, another American publication and one that focuses on up-and-coming authors, particularly of short fiction. It’s a quirky publication, often coming in strange formats and elaborate bindings. The library also carries Tin House magazine, another journal of fiction and poetry.
Perhaps you’re more of a completist than one who cares to dabble – why not check out one of these recent collected works: 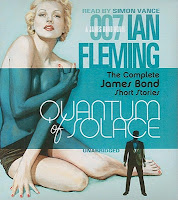