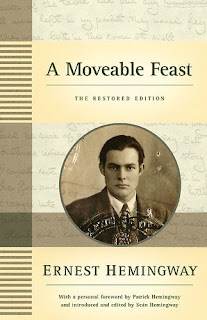 Critics of the new version say that the book as printed in 1964 was true to the author’s vision and that the restored edition has been manipulated to improve the image of the current editors ancestor – Hemingway’s second wife. One major critic went so far as to say the new version is fraudulent. Here’s a link to a CBC story on the controversy.

It’s much less cut-and-dry than some recent publishing controversies (James Frey’s infamous memoir A Million Little Pieces which ended up being proved to be more fiction than fact jumps to mind), but it’s a reminder that frauds, fakes and misrepresentations are nothing new.
Here’s a few other titles to look at if such controversy piques your interest:

Fakers: hoaxers, con artists, counterfeiters and other great pretenders by Maliszewski: the title tells it: covers modern fakers like James Frey and JT Leroy and goes back to frauds long forgotten.
The Great Pretenders: true stories behind famous historical mysteries by Jan Bondeson: a survey of historical conundrums, including a fair number of impostors.

The Poet and the Murderer: a true story of literary crime and the art of forgery by Simon Worall: the story of Mark Hoffman, considered to be the 20th Century’s greatest forgery artist, who among other frauds, forged a “lost poem” by Emily Dickinson.

A Romanov Fantasy: life at the court of Anna Anderson by Frances Welch: history of Anna Anderson, who lived claiming to be Anastasia, daughter of Nicholas II and a survivor of the infamous killing of the Romanov family.

The Hoax by Clifford Irving: tell all memoir of the man who was behind a fake autobiography of Howard Hughes which was published in the 1970s.

Oh, and if you’re interested in reading some Hemingway, try The Old Man and The Sea (the title of this post is a (less than stellar, I know) play on that title.)

The Old Memoir and the Controversy
https://haligonia.ca/the-old-memoir-and-the-controversy-4480/