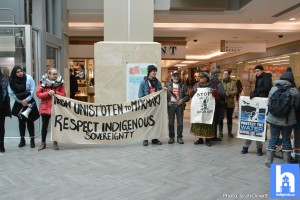 A Show of Solidarity gathering in Dartmouth by defenders and protectors drew a large crowd at Mic Mac Mall as speakers called out the Federal Government for actions taken against Wet’suwet’en people in Western Canada, as well as calling for universal protection of the environment. 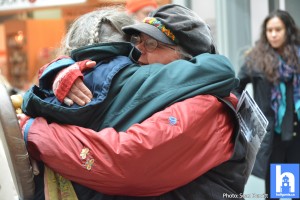 Drum circles rallied the crowd as the peaceful gathering grew in numbers. 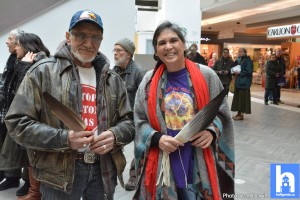 Below is information provided to the media in regards to this growing situation.  It has not been edited from the original release. 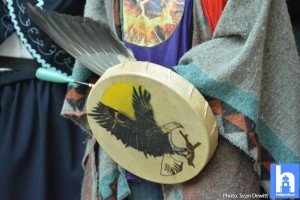 In the spirit of Indigenous resistance, there was  a flash mob round dance at Mic Mac Mall. 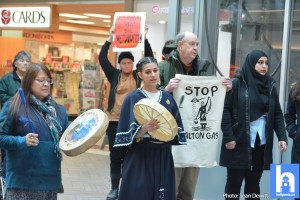 “No to “Consent by Gunpoint”! End Colonial Violence! Solidarity with the Wet’suwet’en! 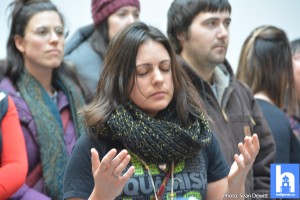 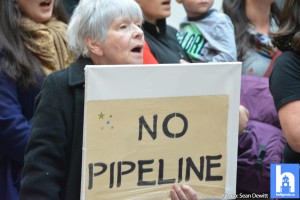 They came to this agreement because of the threat of violence on their people, who faced off with heavily armed RCMP at the Gitimt’en checkpoint raid on Jan 7. 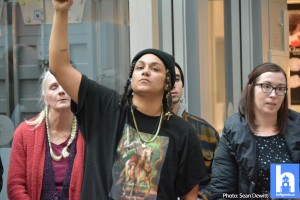 “Our people faced an incredible risk of injury or death and that is not a risk we are willing to take for an interim injunction.” states the Unist’ot’en’s website. 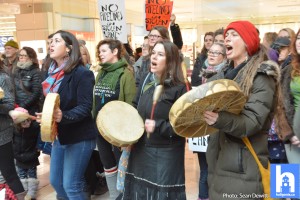 The Wet’suwet’en Hereditary Chiefs have by absolutely no means agreed to let the Coastal GasLink pipeline tear through their traditional territories. 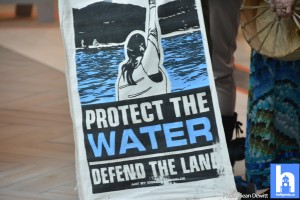 As a way to voice our opposition to both the RCMP’s forceful intrusion onto Wet’suwet’en land, and this recent “Consent at Gunpoint” agreement, we are organizing this and ongoing actions to denounce this colonial violence. 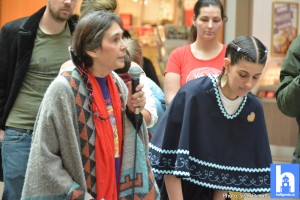 READ Unist’ot’en statement “This is not over” here for inspiration and more calls to action: http://unistoten.camp/thisisnotover/” 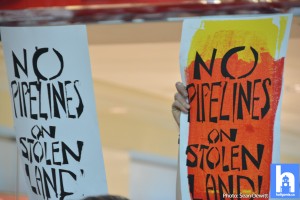 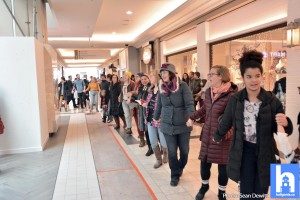 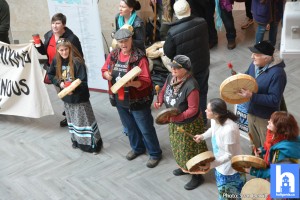 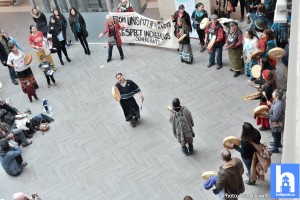