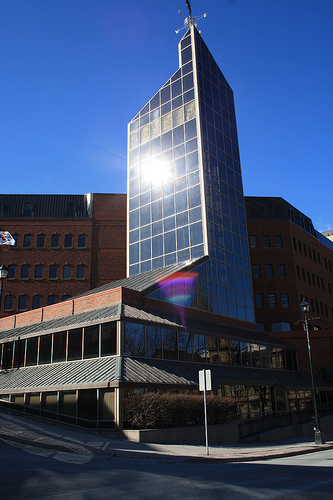 The Chronicle-Herald breaks down the 2010-11 Trade Centre Ltd. financial report, released yesterday. It contains some interesting figures. According to the document, the corporation came in slightly under projections for net losses ($131,000 from an anticipated $269,000) with poor sales from Ticket Atlantic contributing to a portion of that.

The financial statements for the Halifax Metro Centre were also released, and still show a debt owing from HRM in the amount of $359,500 from last summer's concert promotion scandal. Figures also show that overall attendance at sporting events and concerts held at the Centre was down from previous years by nearly 102,000.

Read the full article here and tell us how you think the numbers add up: http://thechronicleherald.ca/Front/1266878.html

Do you think the Trade Centre will ever re-coup the funds from the concert scandal? Can the municipality and entertainment sponsors come up with a plan that is financially viable to promote the city as an entertainment hot-spot?