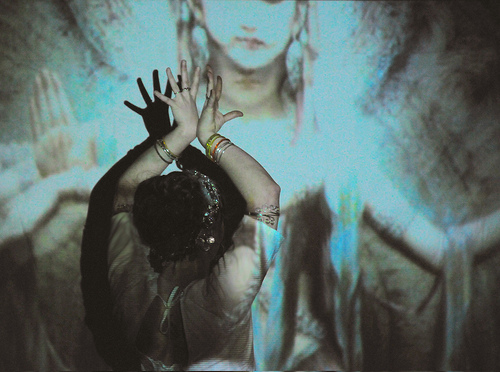 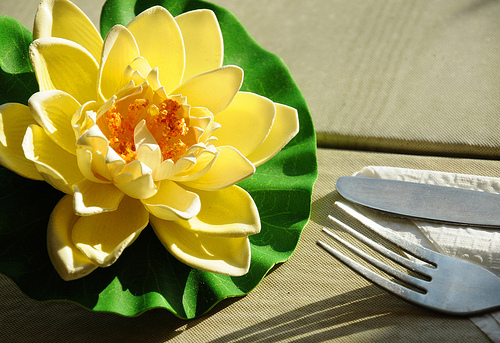 Last night’s adventure was fun. The show started at seven thirty so we popped into Satisfaction Feast for a quick bite to eat. This vegetarian restaurant has been in operation for over 20 years! It has a new location and now resides next to Cousins in the North end of the city. A bright, cheerful eatery tucked into an old neighborhood. Yummy food too, I feel like I am giving my body a gift when I eat there. 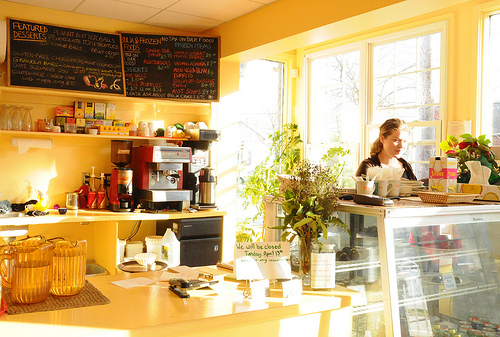 We then made our way downtown to the SuryaChandra show. I really did not know what to expect but I really enjoyed it! There was a small crowd in a darkened setting and the music started and was mesmerizing. 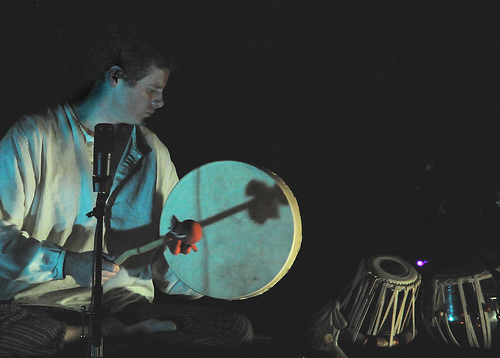 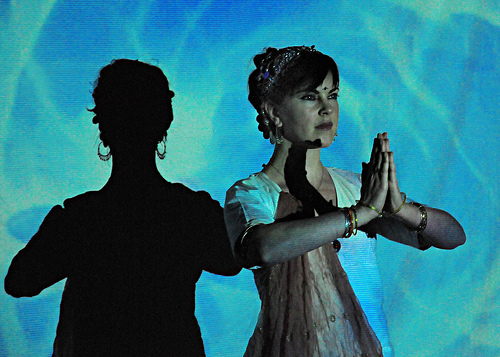 Suryachandra is a local spiritual/world music ensemble that explores sounds, visuals, lyrics and movements from various languages, cultures and spiritual traditions around the globe. It was quite fascinating to watch and listen to. On either side of the musicians were small projection screens and the images were beautiful and constantly changing. 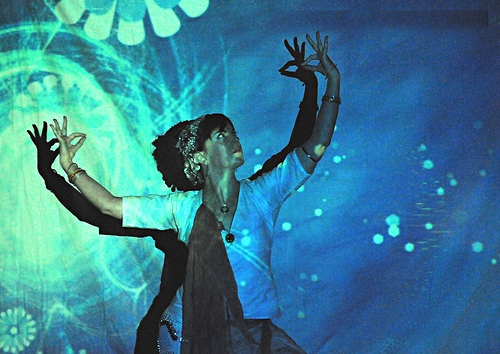 Two of the performers were dancers and they stepped in front of the screens to perform. It created a gorgeous and otherworldly effect. Genie Bright has studied dance in India and Maryce Thuot is the driving force behind yogictranceformation.net. At one point they stepped behind the screens and a totally different mood was created. 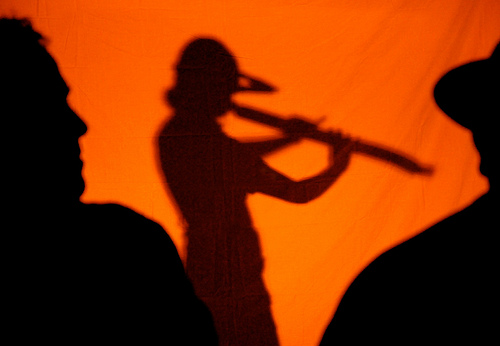 The pictures have an odd quality to them because it was an electronic projection and colour and images were a bit buzzy. Did not look like that while watching but when trying to capture it on digital camera you can see it. 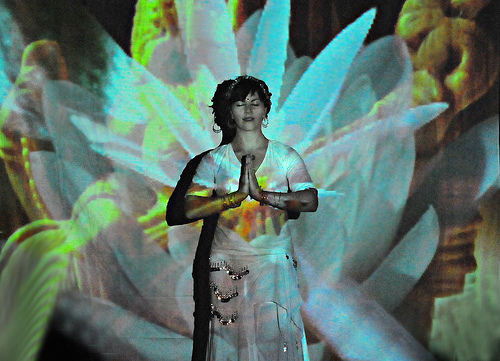 I had a hard time choosing just a couple of pictures so I popped them all in:) Hope you don’t mind. 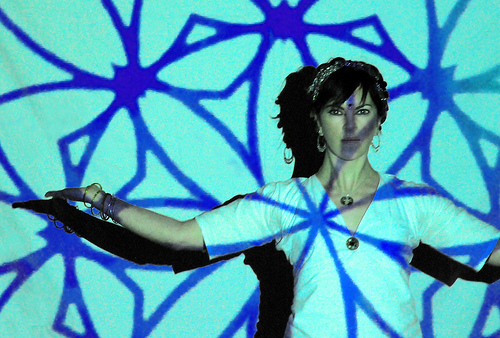