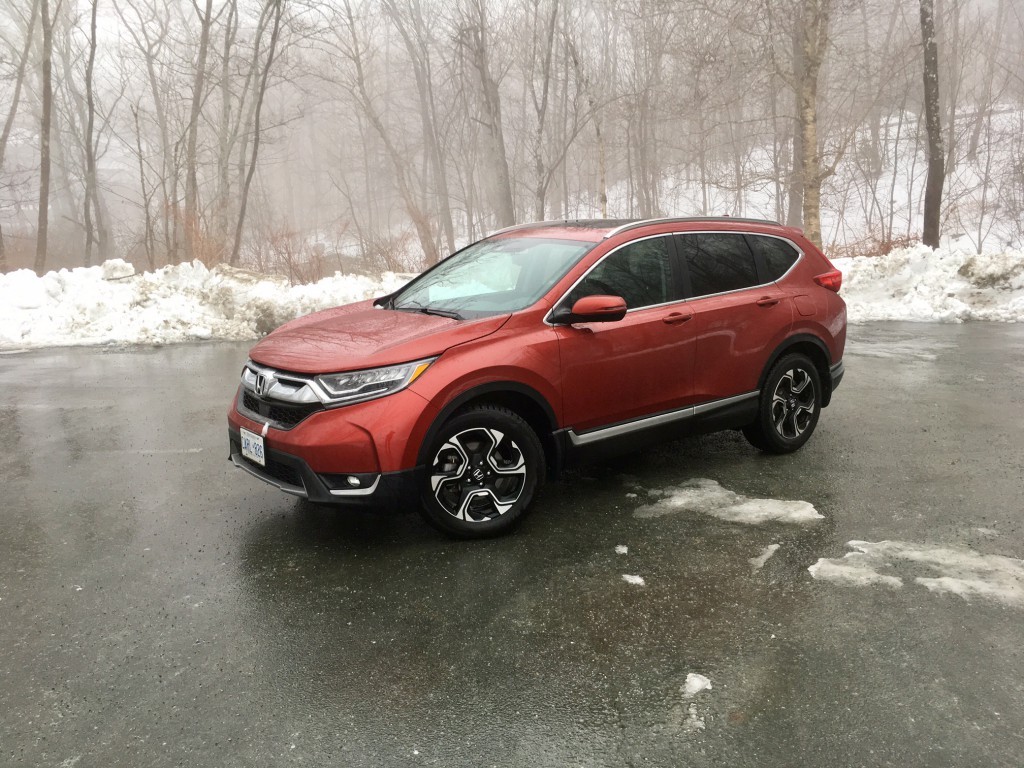 The BMW M5 has been consistently a brilliant car ever since it was introduced back in 1985. I love that.

I love it when an auto maker consistently gets it right, now matter how many times it reinvents a vehicle. I love it because it doesn’t often happen.

Unfortunately, that’s something Honda knows all too well. It’s first dedicated hybrid, the Insight, was a relative joke when compared to the reigning Prius. The current CR-Z is nowhere were it should be for a CRX successor. And you’d think with all the accolades, the Civic would have a clean history but there were several questionable years, even as recent as the 2012 model year.

Now, obviously Honda knows how to make good, even great cars. It’s not as if they’ve always stumbled. The S2000 was a brilliant car. But it only had one model cycle before it got the axe. Pitty.

So then, you can imagine how nervous I was when the latest generation showed up in my driveway for review. I didn’t want this to be the first bad CR-V. I didn’t want it to suffer the same fate that the Civic did back in 2012.

So, is it able to cary the torch of past CR-Vs? 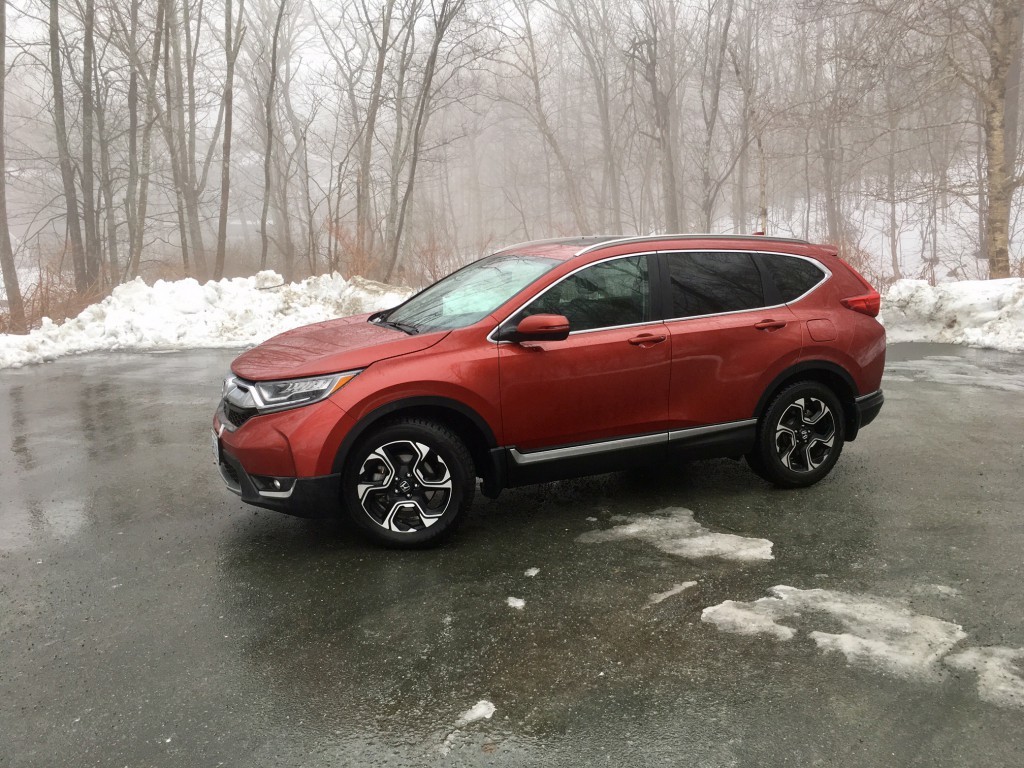 When I say there’s never been a bad CR-V, that’s obviously a subjective statement, especially if styling is a part of the equation because there’s certainly been some questionable designs to come out of the CR-V’s history. This new version is, thankfully, markedly different from its predecessors while still maintaining familiar traits such as the Volvo-esque vertical tail lights (which are LED and feature LED turn signals standard across all trims). As good as that is, there’s something a bit off with the rear end styling that is difficult to pinpoint. It could be because ‘Turbo’ decal is off centre to accommodate the rear wiper, or maybe it’s the fact that the tail lights wrap inward at the centre of the tail gate leaving an awkward amount of plain sheet metal. 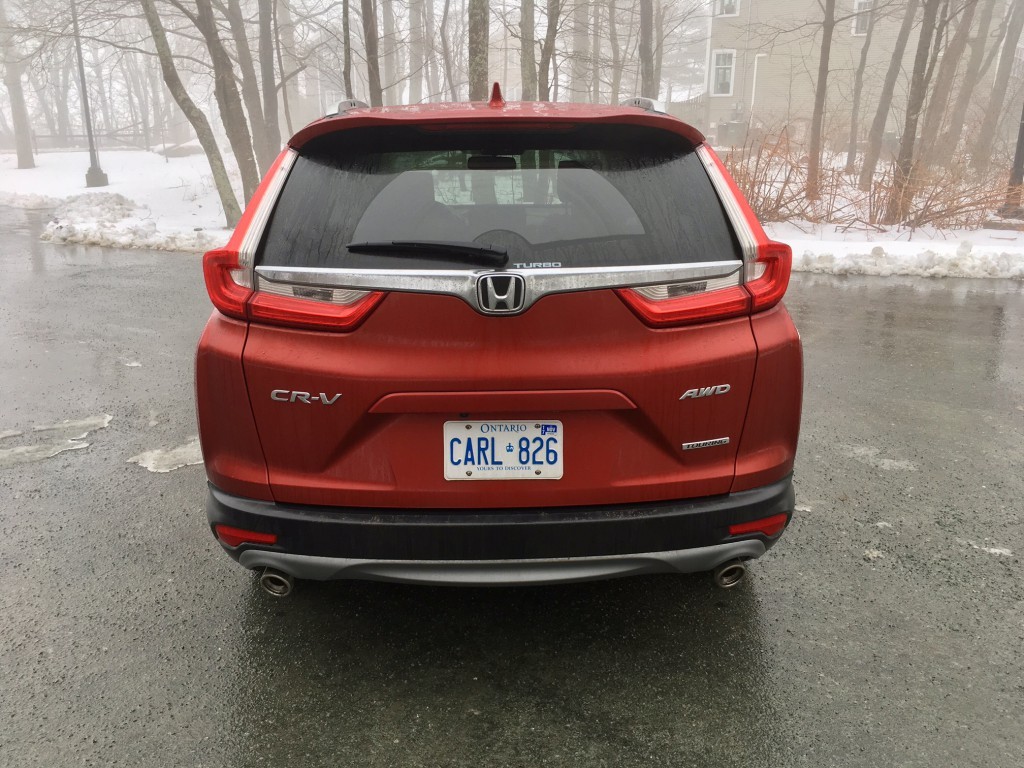 Thankfully, front end styling, while a bit busy looking, is more pleasing to the eye conveying an aggressive look. Honda alloys of today are usually polarizing and this remains true for the new CR-V, but after a week with it, the curvy 3-spoke design started to pull on my heartstrings as it started to remind me of Saab’s famous alloy wheels.

Overall, the look is likely to offend few and it manages to keep the CR-V fresh all while conveying Honda family traits. 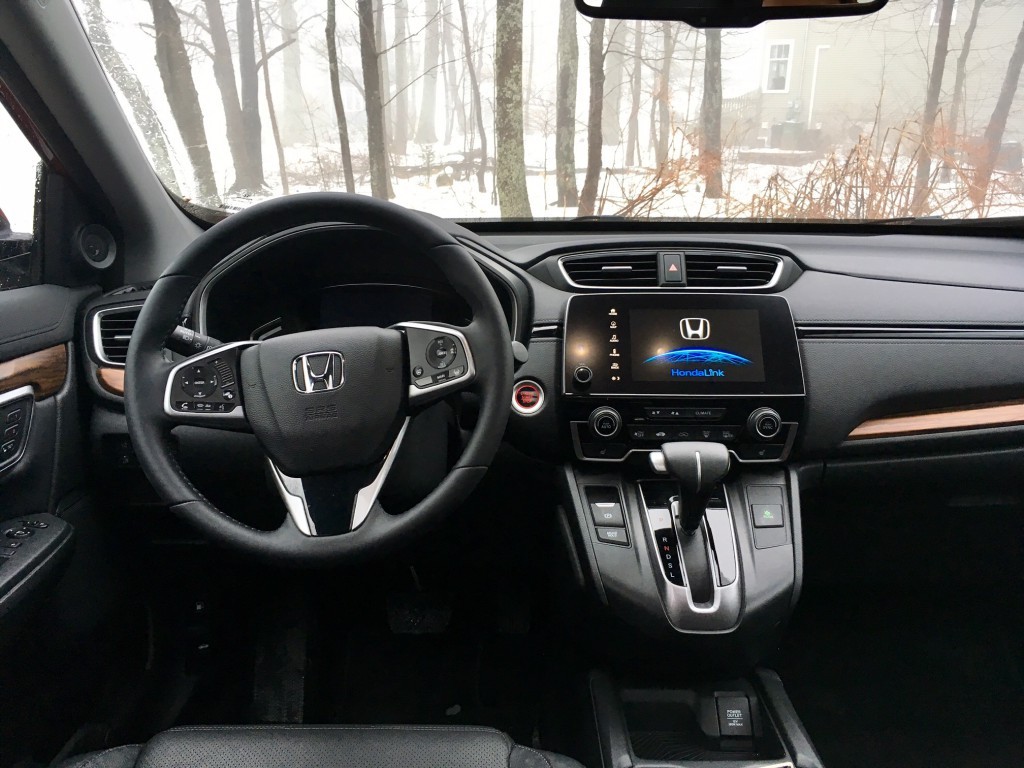 The redesigned cabin is in line with other current Honda interiors with one notable exception: a volume knob. That’s right, joy of joys, the good folks at Honda have finally given us back what they should have never taken away in the first place. I’ve reviewed several new Hondas and have mentioned that I was going to list the lack of a volume knob in the con section of my reviews every single time until they remedied their error. Thank you for listening, Honda. I would expect that future Honda vehicles will also have volume knobs now.

Unfortunately, Honda still needs to listen when it comes to the infotainment system. It isn’t easy to use, and it is dim witted. The buttons can sometimes be too small and the screen itself can be a bit of a reach. 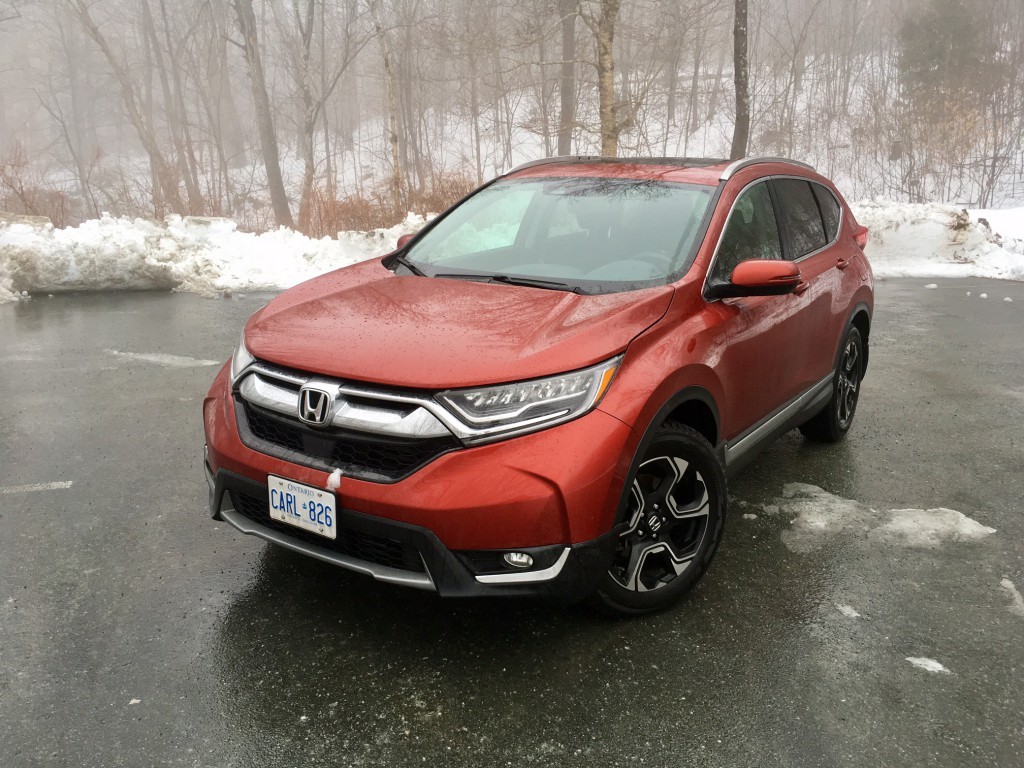 But it’s all good news after you get past that. The quality of materials border on being Acura-like an seat comfort is supportive yet comfortable. Ingress and egress isn’t a chore thanks to a low step-in height and doors that open wide. Head, knee and leg room is more than adequate no matter which seat you see yourself in and thanks to lots of big windows the cabin feels airy and outward visibility is excellent. Cabin noise is even reduced to a hush.

Cargo room is plentiful with the seats up, and even more so with the seats down. The load floor is also low to the ground which makes loading heavy items easier and my tester’s automatic tail gets steps up the laziness in a good way.

I tried really hard to find faults with this interior, but truthfully, there are very few. 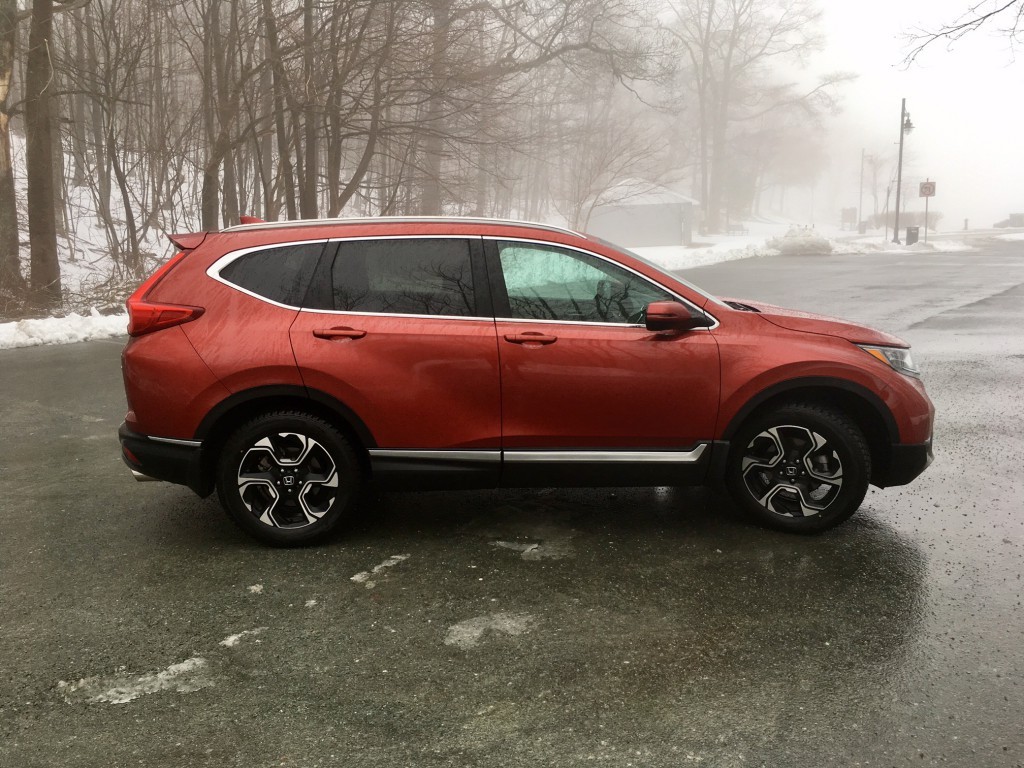 There’s a new engine available under the hood and it’s the only one you’ll get regardless of which trim you opt for. It’s the 1.5 litre turbocharged engine which is an option in the Civic, however, as you can imagine, it is tuned differently. It produces 190 horsepower and 178 pound foot of torque, which is readily available a just 2,000 RPMs. There is also only one transmission available and it’s the continuously variable transmission.

Together, they take every day driving from being a chore to being a fairly pleasant experience. You will in no way experience any sort of performance oriented thrills with the engine/transmission combo, but power delivery is smooth and linear. If you need to get out of the way, or you just want to drive like a bit of a knob (now that you’ve got your volume knob back, maybe you’ve been inspired), then power is perfectly adequate. It’s adequate on the highway as well for merging and passing and the CVT does a decent job of balancing your need for power and its need to be efficient. There are no paddle shifters for choosing simulated gears, but that’s likely a feature that wouldn’t get used by most CR-V owners anyway. 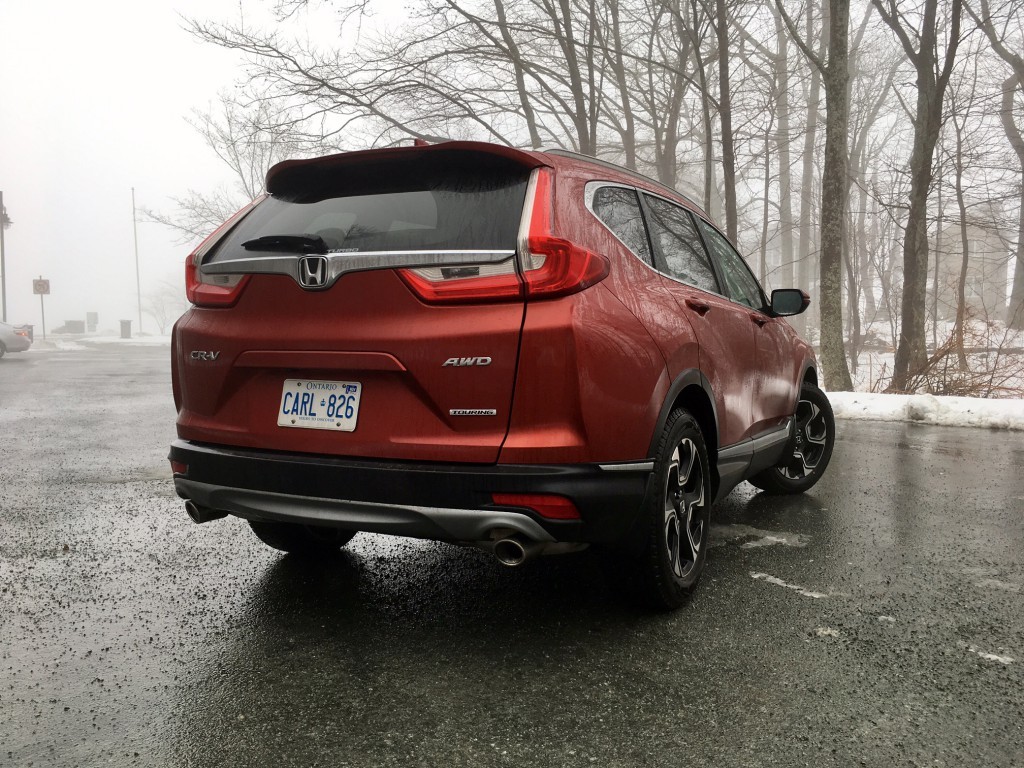 The CR-V’s ride is far from luxurious but it isn’t uncomfortable either. Again, it seems to find a decent balance and sticks with it. That means that cornering isn’t its forte but it also can’t necessarily be labeled as a fault either. It remains decently composed in the bends so long as you don’t drive it like an M5.  Steering is decently weighted. It does a good job of soaking up bumps and potholes in the road without being so floaty that your passengers become sick.

My tester, fitted with superior winter tires, was able to tackle winter weather with ease. The CR-V almost took glee with the fact it was able to sprint up a snowy hill that had otherwise defeated by a Chevrolet Cruze who was clearly let down by its owner who didn’t fit it with proper winter tires. But any road I took it on, it was difficult to get the CR-V bent out of shape on the ice and snow. Even having some fun in empty parking lots was a bit of a challenge as the CR-V made sure to keep slides to a minimum. This is a good thing on public roads, but way to suck the fun out of doing donuts, Honda. 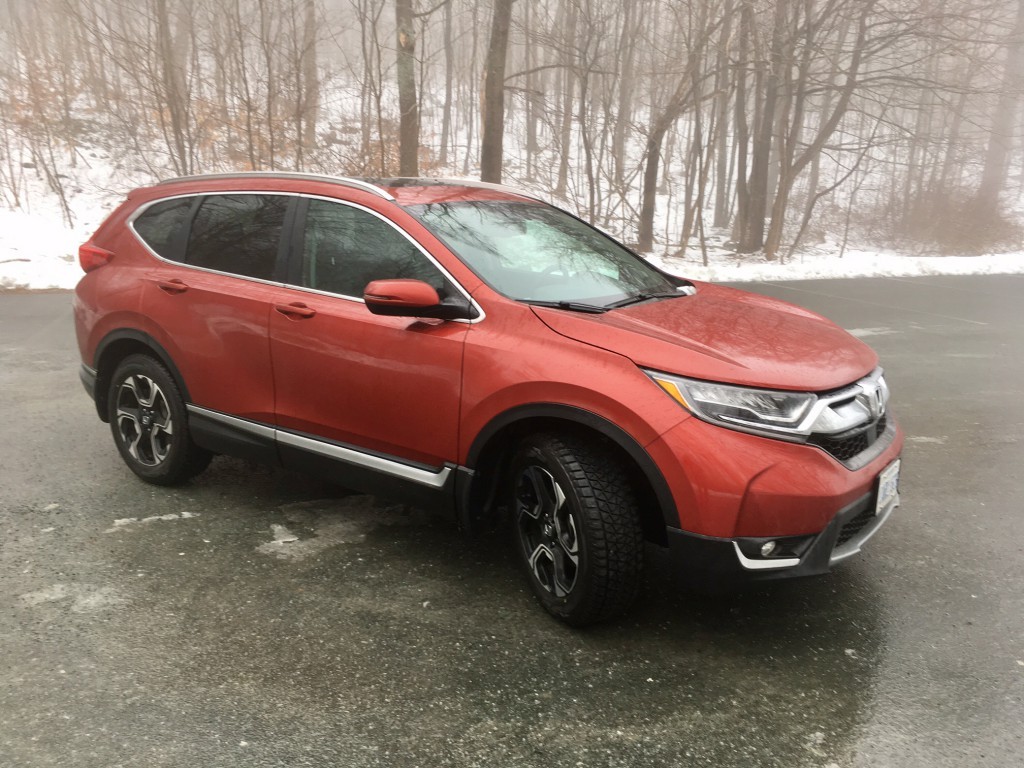 Rated at 8.7 L/ 100 kms city and 7.2 highway, I was able to meet its official city rating by returning 8.7 L/100 kms in mostly city driving. However, I’d say 80% of the time, I had the CR-V in ECON mode, which limits throttle and nanny’s up the CVT. If you want more power most of the time, it’s likely you’ll do worse in terms of fuel consumption, however, it should also be noted that cold temperatures make any vehicle take a hit for efficiency. The bottom line is, the CR-V doesn’t/shouldn’t really disappoint when it comes to how far you can go on a tank of gas. 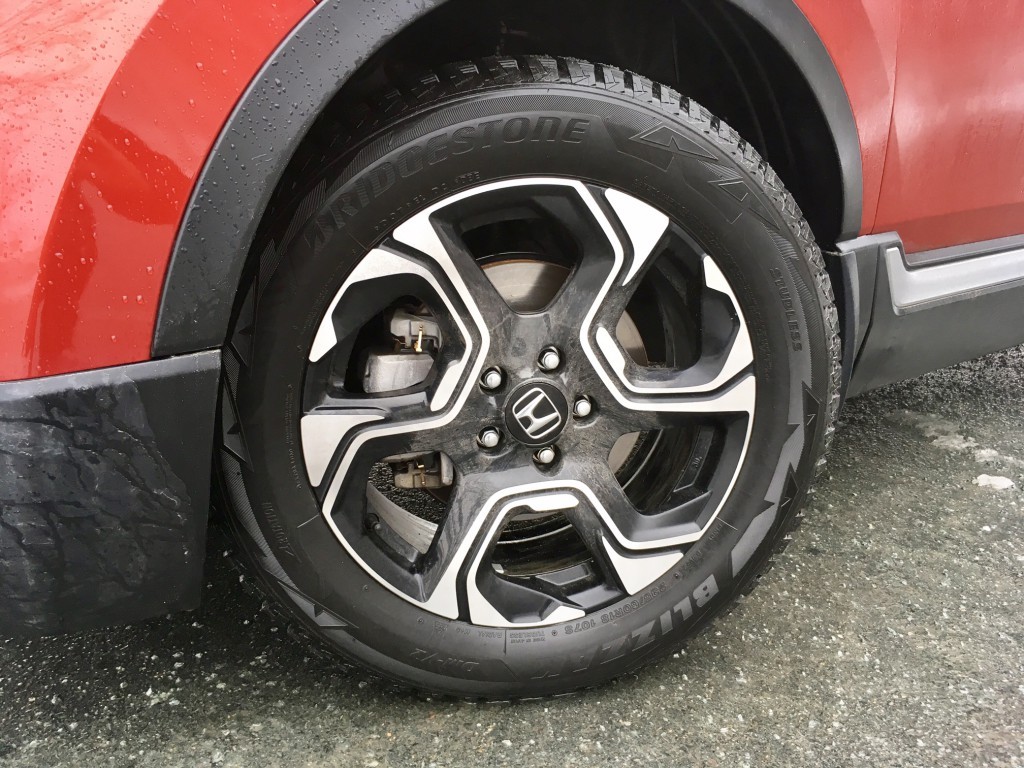 And there you have it. Honda has clearly kept its streak going when it comes to never having made a bad CR-V. This is the best one yet. And indeed, the best all rounder in the class. It isn’t the best performer, but it does the trick. It isn’t the best looking, but it isn’t necessarily ugly. It isn’t the most luxurious but you won’t find yourself wanting for more poshness. It really is a perfect family vehicle.

And now, I’m started to get nervous again. Because if this is the best CR-V yet, then the next model will surely have a misstep, right? Here’s hoping not. 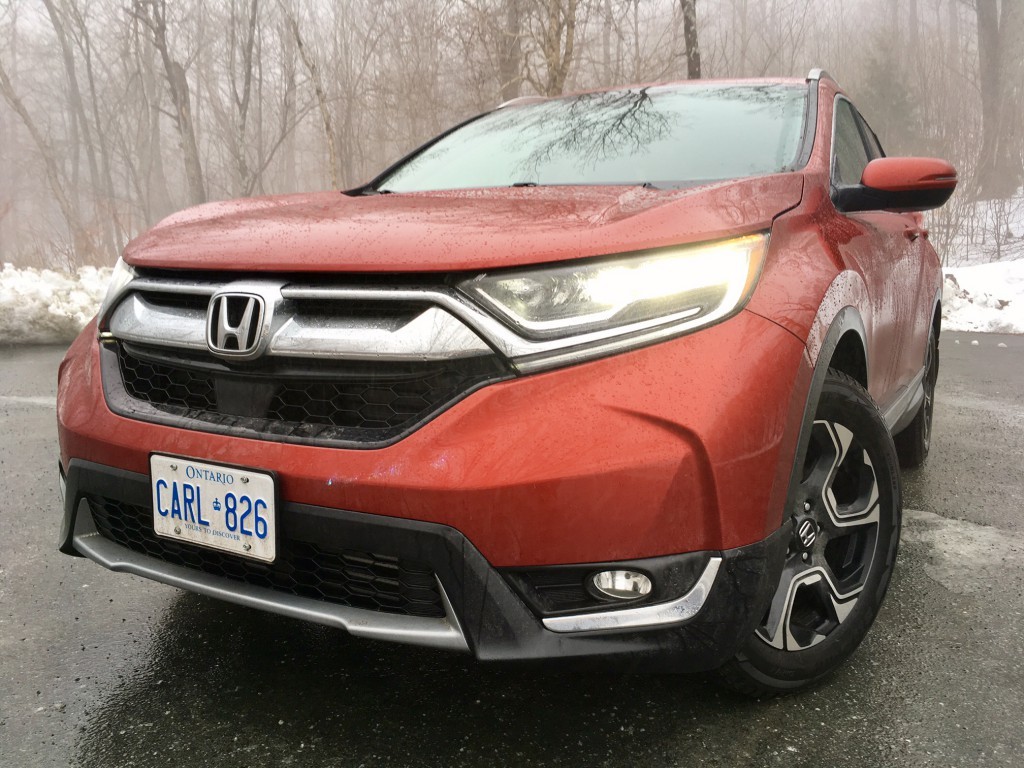