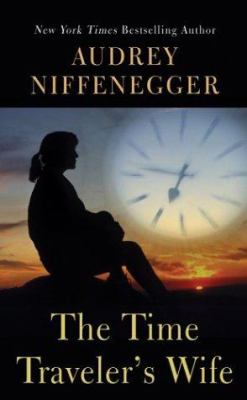 The Time Traveler’s Wife by Audrey Niffenegger originally published in 2003 is making news again with the release of the movie starring Eric Bana and Rachel McAdam. This is a story of two lovers caught in a temporal trap. Henry is a librarian who involuntarily travels through time. He and Claire pursue a love affair despite this obstacle. The Toronto Star says of the film, “The Time Traveler’s Wife belongs to the realm of romantic fiction where hoochie–coochie meets hocus–pocus.” Book reviews from the time of its publication frequently mention the books cinematic qualities and predicted it being picked up as movie.

Have you seen it? Do the purists amongst us feel that they have done a reasonable job communicating the spirit of the story?

Aside from the love story and the movie tie-in, we library people love to read about other library people. We applaud when the profession is portrayed realistically and groan when they haul out the buns and the sensible shoes.

An Imperfect Librarian by Elizabeth Murphy – Carl Brunet finds himself displaced in St. John’s Newfoundland working at a university library amongst sometimes territorial and competitive librarians.

The Gold Bug Variations by Richard Powers – Librarian Jan O’Deigh works with a computer programmer and a geneticist to unlock the secrets of DNA.

The Grand Complication by Allen Kurzweil – Alexander Short, a sometimes complaining librarian, is drawn into a mystery involving stolen treasure.

The Witch’s Grave by Shirley Damsgaard – Ophillia Jensen, librarian, begins to let her hair down (!) with a well-known crime writer and finds herself in danger of her life.

Nice Girls Don’t Have Fangs by Molly Harper – Um, how to put
this. Recently fired children’s librarian Jane Jameson goes on a bender, finds herself shot and wakes up a vampire.

The Incident Report by Martha Baille – Bizarre public behavior in chronicled in incident reports in a Toronto Public Library.

The Order of Things by Lynne Hinton – Andreas Jay Hackett, university librarian and lover of order, finds her world falling out of order and herself a resident in a psychiatric hospital.

Now, I have read none of these books. I think I have a hold on The Incident Report. OK, library folks. Which ones have you read, and which are most realistic. My money is on the vampire one.