Home / Life / The Reader / The Agathas and The Edgars 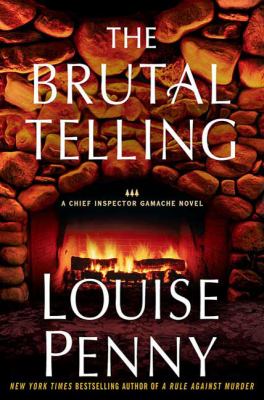 The Agathas and The Edgars

Canadian mystery writers, Louise Penny and Alan Bradley, have won the 2010 Agathas for best mystery. Named in honour of Agatha Christie, the Agatha Awards recognize the best mysteries written in the gentler manner of the classic Agatha Christie mystery.

Louise Penney won in the best mystery category for A Brutal Telling. From the publisher: “An ingenious and riveting mystery of murder, revenge and a cold-blooded killer, this is the internationally bestselling author’s finest yet. In the heart of the forest, two men sit at midnight, haunted by fear of discovery. In a few hours’ time, one of them will be dead, his secrets following him to the grave…When C. I. Gamache is called to investigate a murder in a picturesque Three Pines, he finds a village in chaos. A man has

been found, bludgeoned to death, and there is no sign of a weapon, a motive or even the dead man’s name. Gamache and his colleagues, Inspector Beauvoir and Agent Isabelle Lacoste, start to dig under the skin of this peaceful haven for clues. They slowly uncover a trail of stolen treasure, mysterious codes and a shameful history that begins to shed light on the victim’s identity — and point to a terrifying killer…”

We’ve mentioned this Canadian sensation several times before. Alan Bradley, at age 70, has won the best first mystery novel Agatha Award for The Sweetness at the Bottom of the Pie.

The Edgar Allan Poe Awards is administered by The Mystery Writers of America. This year’s winners include John Hart’s The Last Child in the Best Novel category. From the publisher: “Thirteen year-old Johnny Merrimon had the perfect life: a warm home and loving parents; a twin sister, Alyssa, with whom he shared an irreplaceable bond. He knew nothing of loss, until the day Alyssa vanished from the side of a lonely street. Now, a year later, Johnny finds himself isolated and alone, failed by the people he’d been taught since birth to trust. No one else believes that Alyssa is still alive, but Johnny is certain that she is—confident in a way that he can never fully explain. Determined to find his sister, Johnny risks everything to explore the dark side of his hometown. It is a desperate, terrifying search, but Johnny is not as alone as he might think.”

Other 2010 winners include:
Best first novel by an American author
In the Shadow of Gotham by Stefanie Pintoff

Best critical biographical book
The Lineup: the world’s greatest crime writers tell the inside story of their greatest detectives edited by Otto Penzler