Sunday night’s finale of The Amazing Race: Unfinished Business got me thinking – who are my all-time favorite teams from the show? Four of them were in last night’s finale, but there have been some really great ones over the years.

Now, keep in mind, lists are kind of arbitrary. A lot of the teams toward the top of the list I love, and could go in any order. A lot of the teams toward the bottom of the list I like, and again could really be in a different order. I decided to go with eighteen teams because there were eighteen seasons, and because it worked out that way – but I didn’t choose one team from each season. I also have to say, the list is a little weighted towards more recent seasons. I was actually trying to write a post where I ranked all the seasons of the show, but it was way too hard to execute. There were some seasons where I could barely remember which team I’d been rooting for and which team I’d hated. So instead, I ended up with this. Here we go! 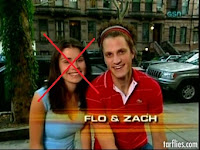 Honorable Mention: Zach, who won Season 3. Unfortunately he couldn’t make the list because his partner, Flo, was one of the most annoying people in Amazing Race history. (Perhaps that’s another post?)

Most of these teams I like because of their personalities. They were charming, funny or had a great relationship. It’s hard to rank them – in fact, all the teams in my top five could really be ranked at number one for various reasons. It’s all very much based on personal opinion, too – the cowboys would rank at the top of many people’s lists, but I don’t hold the same wild affection for them. I like them just fine, but I don’t love them. And lots of people probably didn’t care for Boston Rob Mariano, but I found him incredibly entertaining during both his appearances.

Some of the teams you might not remember. I was impressed by David and Margaretta and Gretchen and Meredith because of their ages. I liked Kris and Jon because they got along so darn well – they were the team who got stuck on the wrong side of a moving train right before the finish line.

I know every person’s list will be different, so, who are your favorite teams?