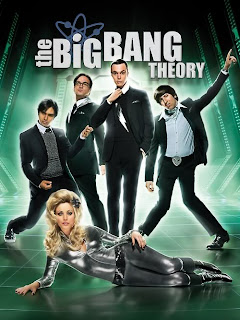 I didn’t always like Howard Wollowitz. I used to find him more creepy than funny, and he was my least favourite of the four guys on The Big Bang Theory. But since he’s been with Bernadette, his character has softened. I actually find him funny now, and I thought he did a great job in Thursday night’s episode, a rare front and center moment for the character.

The episode where Howard proposed to Bernadette wasn’t particularly centered around him, but I found it much more appropriate that telling his mother about the engagement was a much more important event than the engagement itself. After all, Howard’s mother has been an incredibly important character in his world, considering we’ve never gotten to see her. And for that matter, do you think we’ll ever get to see her? Maybe at the wedding?

After putting it off for so long, Howard decided to break the news to his mother than he was getting married. To a Catholic girl. He thought he was safe to deliver the news because she’d had a good time at lunch with Bernadette, but she was in the bathroom at the time. And she didn’t respond.

Watching Howard try to break down the bathroom door to rescue his mother, only to bounce off it like a kid being thrown on a trampoline was one of the funniest things I’ve ever seen.

Bernadette, obviously, did not react well to the news that Howard’s mother had had a heart attack like event immediately after hearing the news of their impending marriage. The best part, though? The heart attack had nothing to do with the news, it was a coincidence. Howard’s mother is happy that he’s marrying Bernadette. I thought the whole sequence of events worked perfectly, from Howard’s assumption that the news had caused the heart attack, to Bernadette’s anger that Howard had made her think that. And bonus points for Bernadette’s dead-on impression of Howard’s mom, followed by Howard saying “Is it just me, or does she sound sexy when she’s angry?”

As for the subplots, they were just OK. I didn’t really buy that Penny and Priya would get along once forced together in the hospital. Priya has never shown any acknowledgment of the fact that by forcing Leonard to stay away from Penny, she has alienated Penny from most of her friends. Maybe now that Penny showed up at the hospital to support Howard, she’ll realize that Penny was more integrated into the group of friends than she realized and lay off a little.

I was disappointed that we didn’t get to see Amy at the hospital. I think her presence could have brought something extra to Sheldon’s storyline, which I found lacking. Yes, the drinking out of the wrong bottle of water gag was funny, but the payoff – that Sheldon accidentally exposed himself to a deadly disease while trying to avoid basic germs – just didn’t do it for me. It was funny when he told the guys that his aunt died from visiting his uncle in the hospital, though.

Overall, I thought the episode was a good one, though. Like I said, I especially liked the twist that Howard’s mom is totally OK with him marrying a Catholic girl. Howard loves to make his Jewish jokes, and this development will help that continue without coming across as too cliché.

What did you think of the episode? And, check out these highlights: