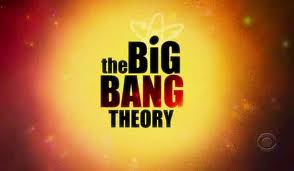 This fourth season of The Big Bang Theory has been fantastic, and you can thank Bernadette and Amy for that. Adding two female characters to the cast was just what the show needed to help lighten Jim Parsons’s comedic load.

This week, we got to see some of the characters interact in ways we don’t often get to see as Priya, Leonard, Howard and Bernadette had a double date, Amy and Penny hung out, and Sheldon observed Raj try a new way of dealing with his social anxiety issues.

I love how giddily Amy reacts to anything related to the female friendship. Chats in the bathroom, elaborate plans to mess with arch enemy Priya, new high heeled shoes – the girl is all over it. The moment where she flipped her hair and said “that’s my life now” after she told Leonard she’d been shopping with her girlfriends was priceless. Amy’s just as weird as Sheldon, but unlike him she really loves social interaction.

The scenes with the three girls shoe shopping and gabbing in the bathroom were hilarious, but the real magic happened as Amy and Penny fed Bernadette lies during her dinner with Priya. It was called “Operation Priya Wouldn’t Wanna Be Ya”. They had poor Bernadette, a nice girl who went to Catholic school, lie and say that Penny was filming a 3D movie with Angelina Jolie and that she was dating an architect astronaut. The false intel put Leonard in the hot seat since Priya didn’t like seeing him react with surprise befuddlement to the news. It’s only a matter of time before those two break up, right? It was hilarious to watch Bernadette get angrier and angrier as her story began to fall apart.

Side note: Did anyone else notice that Leonard and co. were playing Jenga wrong? 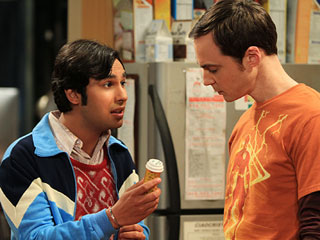 Meanwhile, Sheldon stopped working on his three person chess game long enough to observe Raj try out some new anxiety medication. It didn’t sound FDA approved, and it lowered his inhibitions a little too much. Like, take off your clothes in Starbucks too much. Poor Raj. It was funny, but I really felt bad for him this week. I want him to meet a nice girl. Or boy – whatever works for him.

I also loved this exchange:
Raj: I’m feeling blue.
Sheldon: Blue, as in depressed?
Raj: Not so much depressed, as lonely.
Sheldon: I don’t know what color lonely is.
Raj: What?
Sheldon: Red is angry. Yellow is frightened. Green is jealous. And blue is depressed. Perhaps we can assign a color to lonely.
Raj: Nothing rhymes with orange. It’s probably lonely.
Sheldon: All right. Come in. You look positively orange with loneliness.
But I thought yellow was for happiness, not being frightened.