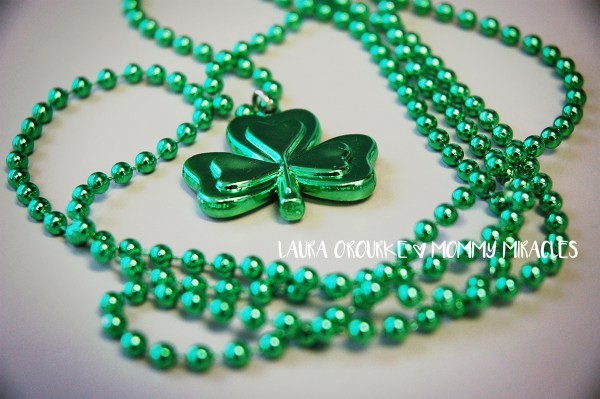 I’m sitting here at my computer at 11:30 pm on St. Patrick’s Day night and I am having a serious flashback. I forgot about the importance of today in our lives until just at this very minute when it hit me.

I was in my first year of university and I refused to go out and party like everyone else was doing that night. I was sick of the bar scene. I was sick of wanting more than that bar scene could offer. I had spent months wanting to be noticed, and then being noticed only for a short couple of hours. The boys wanted something from me and I wanted something from them but neither of us was willing to offer what the other wanted. You want to come back to my residence room? How about a long-term relationship with the possibility of marriage instead? It was hopeless.

Seven months in and I was over it already. So, while my residence floor was entirely quiet and empty, I loaded the three DVDs I had rented earlier that day into my computer tower, and I started dipping my chips. I was treating myself to a night alone.

It was around this time, 11 PM, 11 years ago, that my MSN Messenger dinged.

“What?” I asked. He was just someone that I had been joking around with on Messenger for a couple of months after a number of back and forth comments on our respective blogs. A guy a province away who made me laugh, but who was older and was off-again in this weird on-again-off-again relationship. We had become friends. He walked me through trying to get my high school boyfriend back (it didn’t work). We chatted about his dramatic ex-girlfriends and maybe even one he still pined over. It was never anything more. There was too much distance between us; time, space, and circumstance.

“I was good. You told me to be good earlier before I left to go out tonight. So I’m here to tell you that I’m home and that I was good. I could have gone home with someone, but I didn’t.”

He proceeded to tell me about his night: About the “fortune-teller-lesbian” who both told him that she would be into him if she wasn’t into women and who also told him that he was going to meet the love of his life very soon. He told me where he went and who he went with and about his green bowtie and how he was home now, alone. He had been good.

I was still alone, too. The floor was still empty. My roommate was still out.

So we typed while my movies played. I started to wish that I had spent the night with him and his friends. It actually sounded fun. He sounded like fun. So he promised me a fun St. Patrick’s Day the following year.

Eventually, our hilarious conversation turned to the topics of faith and love. I told him my philosophy on love: that it is an action, not a feeling and that falling out of love maybe means you just need to try harder to do the loving. The feeling of love will come and go but that doesn’t mean the real love is gone.

I told him about my faith and he compared me to his other Christian friend. “You’d really like her,” he told me. (I really do, I’ve since discovered). “She always told me I needed to find someone like her.”

“In fact, you may be perfect.” he said, drunk and tired and never having met me in person. “You should probably marry me.”

I didn’t say yes. Not that time, at least.

We talked well into the morning until we signed off to get some sleep right before the sun started to rise. I had class. He had a meeting. I definitely missed my early class. He missed his bus that was supposed to drive him two hours away to his meeting, so he had to cab it (at a very high fee).

But, I’m pretty sure it was worth it. It was the first time our conversation ever had any depth. We may have realized that perhaps, very possibly, there could be something there and real between us.

And that night, 11 years ago tonight, my husband asked me to marry him (for the first time).

The post The First Time He Proposed appeared first on Mommy Miracles.

The First Time He Proposed
https://haligonia.ca/the-first-time-he-proposed-136077/