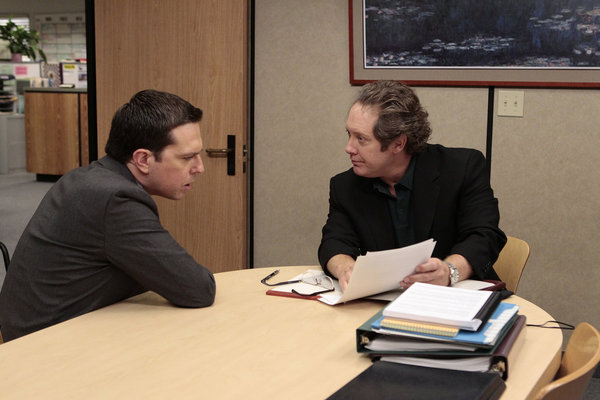 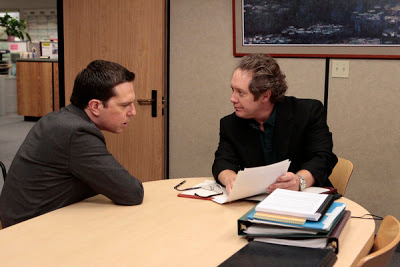 In a season of The Office that has frequently seemed to recycle storylines, it was no surprise that once again we saw Dwight Schrute get sick of being #2. Luckily, since Dwight is now working under someone he doesn’t respect (since he had a shocking amount of respect for Michael Scott) he had no problem channeling these frustrations into destruction.

Dwight introduced the Accountability Booster to Dunder Mifflin, a machine that would record all mistakes made within the office. When the office hit five mistakes, an email would be sent to Robert California. It took the office less than a day to hit that number.

Not wanting to get in trouble with Robert or lose their jobs, everyone begged Dwight to cancel the email. He wouldn’t do it, and left the office to go dig a horse grave at Schrute Farms. Andy headed out there to try and convince him to cancel the email, along with Pam (the only person he kind of likes) Erin and Kevin. I understood Erin’s presence – she’s sweet and adorable. But Kevin? He’s so dumb, it seems like his presence would just aggravate Dwight. Luckily, Pam knew how to play things – by not bringing up the email at all. This storyline worked for me specifically because I like whenever the show plays up the weird relationship between Dwight and Pam. We’ve seen it evolve over the years and it never stops being interesting to me. Thanks to that connection, Dwight saved his coworkers and canceled the email.

The subplots this week were OK. I wasn’t in love with the idea of Gabe trying to woo a new warehouse employee, but the story did deliver a few chuckles. And anything that removes him from the Erin/Andy love triangle is good in my book, even if Andy has been on many dates with another lady. That said, I’m much more interested in what might happen with the warehouse lady and Darryl – they seemed to have more of a flirtation together than Gabe did.

Meanwhile, Jim went to play squash with Robert so he could position himself to intercept the email should Dwight allow it to send. This wasn’t an amazing plotline, but the physical comedy was fun and I always like seeing Jim shoved into awkward situations.

Overall I thought it was a decent episode, which is pretty much in line with how this season has been shaping up. What do you guys think? And, here are some other quotes and moments I liked from “Doomsday”: