At 6 pm last night RCMP Halifax District responded to a robbery in progress at the NSLC store, Downsview Mall, on Sackville Drive. 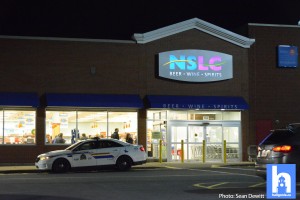 Members were on the scene within a minute of the call and a suspect, aged 16, from Lower Sackville, was taken into custody inside the store. The suspect had entered the store by himself wearing a mask, attempted to steal liquor in the store and an altercation ensued, between him, a store employee and a customer. He mentioned having a firearm but had no firearm in his possession. The store employee and the customer detained the suspect until police arrival. 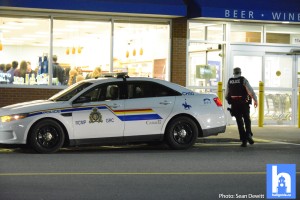 The suspect and the customer suffered minor injuries that did not require either attending the hospital.

Two other youths were also arrested outside the store.

As a result of the investigation the 16 year old youth is being charged with robbery, wearing a mask while committing an indictable offence, and assault with a weapon. 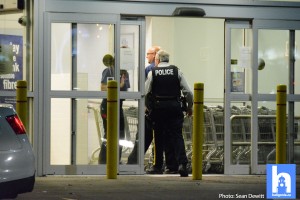 A 13 year old youth from Lower Sackville is being charged with robbery, assault with a weapon and uttering threats.

Both are being remanded and will appear in court in the morning at Halifax Youth Court.

The third youth was released without charges.