Don’t forget to vote for Eat This Town in The Coast’s Best of Halifax Awards!

Ever since I was last on the west coast, enjoying Tofino’s Fish Tacos and Victoria’s “tacones“, I haven’t been able to stop thinking about why fish tacos aren’t a thing on the East Coast.

I suppose it has everything to do with the fact that we don’t have that link to Mexican culture and a shared coastline with sunny California. Yet just last month I found myself in Toronto, enjoying a very nice fish taco from Grand Electric. Why has the taco not caught on in Halifax?

I was briefly ecstatic when Bro’s Tacos took over Dude’s Food next to Happy Dude’s Surf Emporium in Lawrencetown. This was just like Tacofino! A truck/bus serving fish tacos in the sunshine, before or after a trip to the beach! 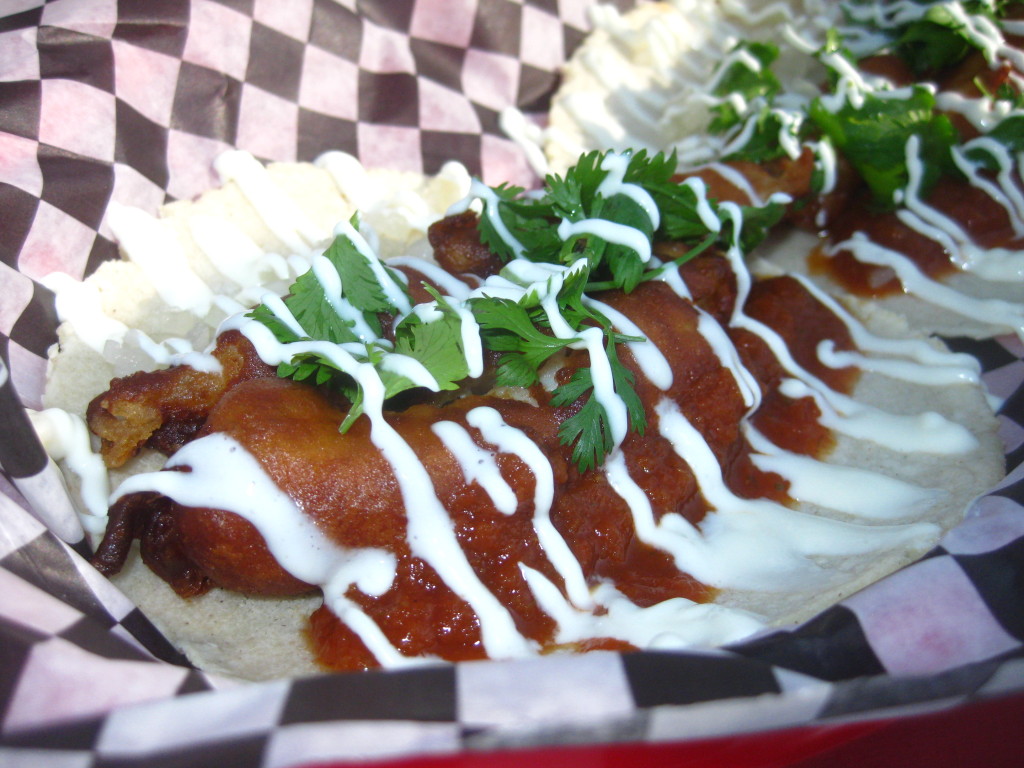 Regrettably, Bro’s Tacos did not renew their contract with Dude’s Food this summer, so they are still looking for a home.
If anyone has any leads, I’m sure they’d love to hear from you @BrosTacosNS or facebook/brostacos.

In the meantime, I have set out on a quest to try all of the fish tacos in Halifax.

This has been a disappointing quest and I haven’t found the perfect fish taco. It didn’t matter whether I was at a trendy upscale resto or a diner in Sackville – it was hard to find a taco that had both good fish AND the right balance of flavours and components.

Now, Taco Del Mar is the only place that does an authentic Baja-style fish taco. Go figure – it is a chain that started up in the west coast inspired by San Francisco’s Mission-style burritos and San Diego’s fish tacos.

I believe the Baja-style is perfection and that deviations from it, whether gourmet or pedestrian, rarely improve upon it. All you really need is battered fish, shredded cabbage, salsa (preferably pico), a creamy sauce and a squeeze of lime wrapped up in a soft corn tortilla. 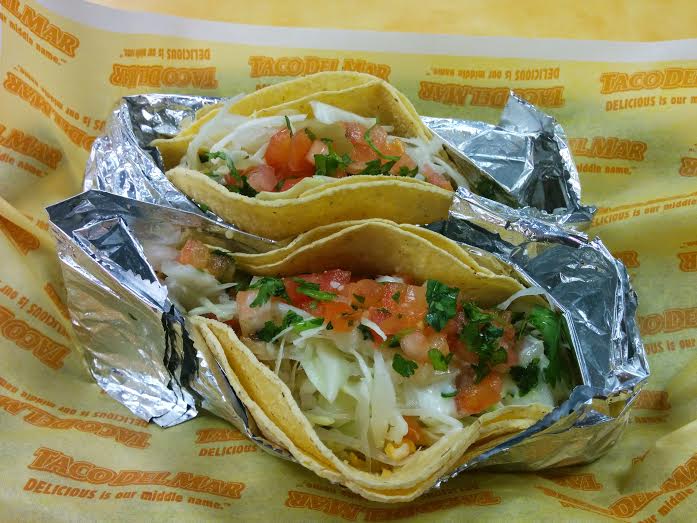 I realize that Taco Del Mar is a chain and that the quality of ingredients is not its forté. You will not find the freshest fish or tortillas here, but the execution and flavours are spot on.

What Makes a Good Fish Taco?

1. Good fish. This should go without saying. We’re in Nova Scotia.
2. Good batter, if using. Must not get soggy.
3. Soft corn tortillas. Seriously. Big points for this.
4. Nice bright flavours. I want the taco to transport me to the beach.
5. The taco should also be easy to pick up and eat. But you should not be able to fold the tortilla into a snack wrap.

With all of that said and done, here are my top picks for the best fish tacos in Halifax: 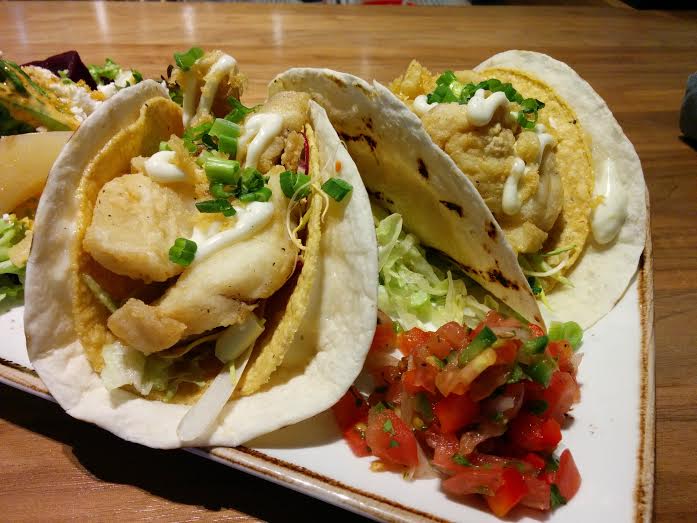 I originally tried this taco at the 2014 Savour Food & Wine Festival – and it never completely left my mind. I’m a sucker for the double-decker soft/hard tortilla combination, especially when the grill marks on the soft shell are such a nice touch.

Tempo gets its haddock local – the menu says it’s from L.J. Robicheau & Sons or Fisherman’s Market.

Lettuce is used instead of cabbage, which is okay I guess. There are also crunchy batter bits to up the crunch factor.

There is a nice lemon aioli and a tomato jalapeno salsa served on the side. 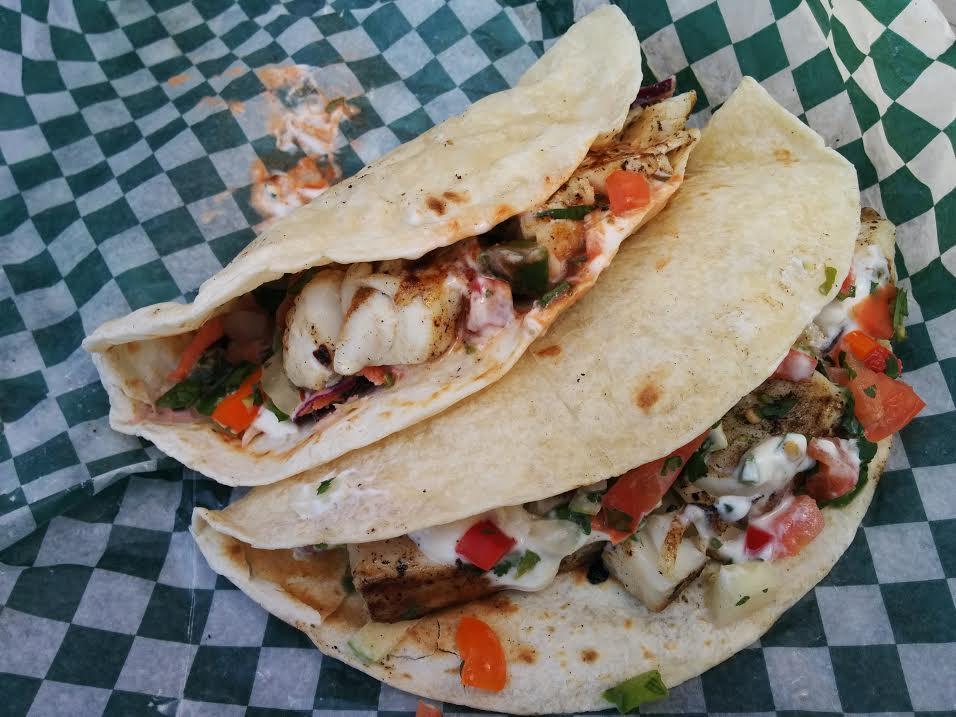 Nomad Gourmet is a food truck, so you will have to track it down. The Halifax Street Food App should help with this – but I often see them at Atlantic News and the Seaport Market. Also keep in mind that fish tacos are only served on Fridays and may vary.

I had a choice between haddock or tilapia so naturally I ordered both. I preferred the tilapia which I think is a better taco-fish. The fish came with sexy grill marks and was delicious.

I also had a choice of spicy slaw or apple walnut slaw. These were both fantastic, though I preferred the spicy slaw because the spiciness played into the creamy sauce, crunchy cabbage and pop of lime. Perfect flavours and textures.

These tacos were a little drippy, but manageable. The elastic flour tortillas held in the hefty fish portion and drippy contents. 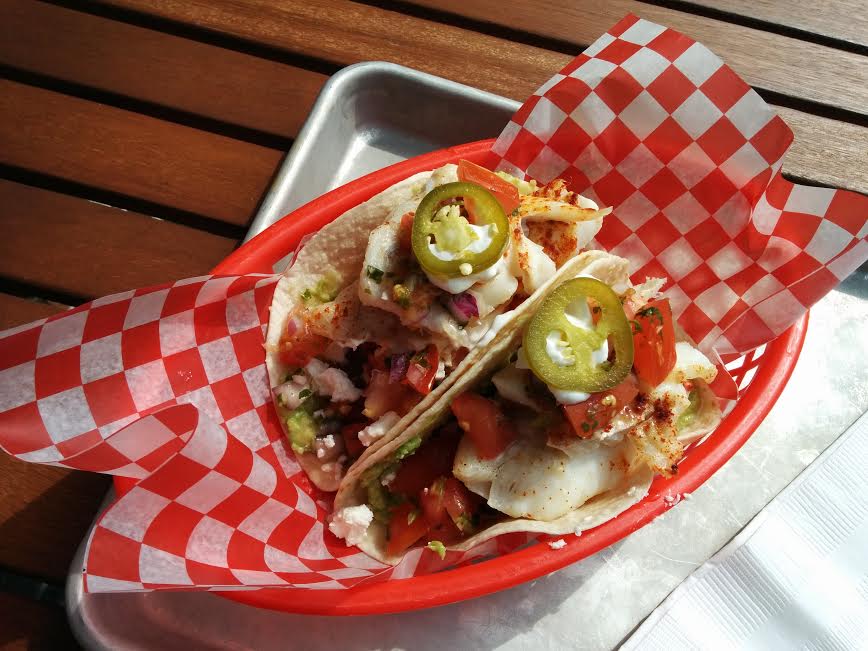 The Canteen regularly offers tacos as their take-home special on Thursdays (available 4:30pm-7pm, but they’ll probably sell out before that). Keep an eye on their web site to see if this week’s tacos will be fish, shrimp, or other. The Canteen does inventive, rotating sandwiches/take-homes so your tacos may not exactly resemble mine.

The guacamole was excellent, with a big punch of lime that kept the flavours nice and bright.

The tomatoes were actually ripe and a proper sized dice – which shouldn’t be such a feat but it is, apparently, based on my other experiences.

Good flavours and fresh ingredients made this a satisfying meal, especially outside on the tables lining Ochterloney St. 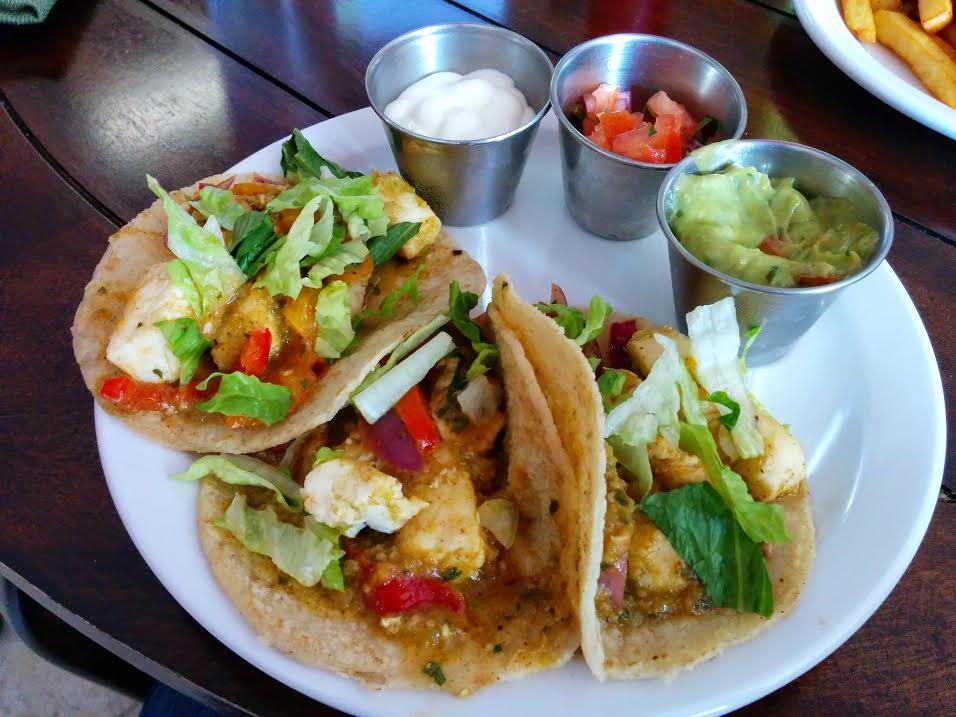 Wonderful corn tortillas and taco-friendly tilapia come together to make some enjoyable tacos at Cheachie’s – a strange little place hidden away in Bayer’s Lake.

The fish is fried up in spices and modestly topped with lettuce. There are sides of pico, guac, sour cream and assorted hot sauces. Pretty simple – although our server did mention that they might be switching to more of a Baja-style! 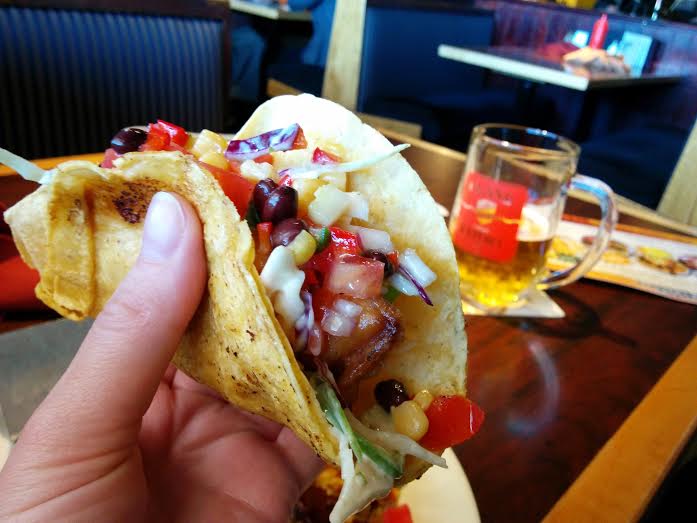 These were almost perfect. I got love for those corn tortillas and the fish was solid.

This taco was dressed with chipotle mayo and tartar coleslaw – which was its only real weakness. But hey, if you want your taco to taste like fish ‘n’ chips, this is your place!

A side of chunky corn and bean salsa lent some colour to the taco.

I’d order this again if I could get regular shredded cabbage, sour cream and a squeeze of lime.