The Emmys are coming, the Emmys are coming! This year’s September 20th broadcast is bound to make up for last year’s travesty, as they’re being hosted by the delicious awesomeness of Neil Patrick Harris (or NPH, affectionately). 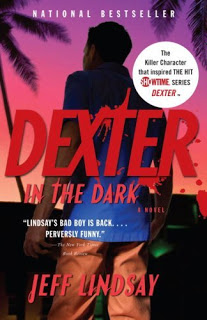 In preparation for the Emmys, and because I both watch a lot of television and read a lot of books, I’ve been thinking about how television and books overlap. There are television shows based on books, books based on television shows (tie-ins), behind the scenes looks at television shows, as well as shows that reference literature and famous authors so much that they make bibliophiles all tingly. (Of course, there are also lots of actor/performer biographies and autobiographies.)
In the first category, we have the obvious shows like Bones (based on Kathy Reichs’ popular Temperance Brennan series), and True Blood (based on Charlaine Harris’ Sookie Stackhouse mysteries). There are also Jeff Lindsay’s Dexter novels and Cecily von Ziegesar’s Gossip Girl series which have both spawned tv shows of the same respective book title. In November, the second season of The Legend of the Seeker will premiere; it’s based on Terry Goodkind’s fantasy series, The Sword of Truth. 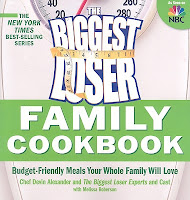 As for tie-ins, there are tonnes of books based on shows like Buffy, The X Files, Heroes, and Supernatural; they’re essentially fan fiction which builds on or creates new storylines using the same characters as the shows. There are also companion books, which often provide episode guides, like CSI: Crime Scene Investigation companion or The Book of Shadows: the unofficial ‘Charmed’ companion. Perhaps more useful is something like The Biggest Loser Family Cookbook: budget-friendly meals your whole family will love.

A popular subgenre of the tie-in is the ‘academic’ book: a more scholarly look at the science of a show or its place within pop culture. Examples of this are Battlestar Galactica and Philosophy: knowledge here begins out there, Planet Simpson: how a cartoon masterpiece documented an era and defined a generation, or The Daily Show and Philosophy: moments of Zen in the art of fake news.

What I find most fascinating is the behind the scenes look. Just out this year is Street Gang: the complete history of Sesame Street by Michael Davis. Another one I’ve found really interesting is Live From New York: an uncensored story of Saturday Night Live by Tom Shales and James Andrew Miller. For all you Corrie fans, here’s one option: Access All Areas: behind the scenes at Coronation Street.

Now, as for that last category, I’m primarily thinking of Lost. Within the online culture of Lost fandom, the show’s literary references are often a huge point of discussion, as clues to the everyday and the ultimate mysteries are sought within the pages of the books mentioned or read on Lost.

Characters are given names of famous philosophers, Sawyer’s reading material often parallels the current storyline, and, just to further make our heads explode, one book (Bad Twin) has been both created for and referenced on the show. The online Lostpedia has a page devoted to these literary references: http://lostpedia.wikia.com/wiki/Literary_works

To tie everything back to the sublime NPH, if you’re a fan of his hilarious sitcom, How I Met Your Mother (HIMYM), you will want to check out a copy of Barney’s guide to being an awesome wingman, The Bro Code, by Barney Stinson and Matt Kuhn.

TV & Books: The Best of Both Worlds!
https://haligonia.ca/tv-a-books-the-best-of-both-worlds-4990/