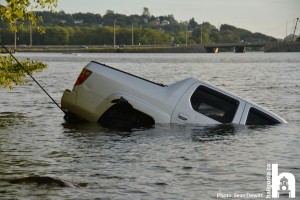 At 4:20pm HRP officers responded to a Motor Vehicle crash on the Waverley Road between Maple Drive and Braeside Court on Lake Micmac. A tow truck was transporting another truck heading up Maple Drive and it disconnected from the tow and rolled from Maple Drive, across the Waverley Road, through the guard rail and into Lake MicMac out approximately 30 feet and in 15 feet of water. A secondary tow company was contacted and with divers assisting, the vehicle was extracted from Lake Micmac and the roadway was reopened. 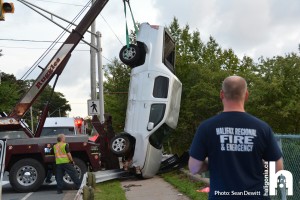 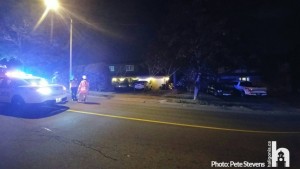 At 10:09pm, HRP officers responded to a motor vehicle accident in the 0-100 block of Bayview Road. A vehicle was headed down Bayview Road, lost control on a turn, struck a power pole, and went through bushes onto a residential property and collided with an vehicle parked in the driveway. Two suspects were reported to have run from the vehicle but a K9 track proved negative. NS Power attended and repaired a power line restoring power to a portion of the street that had been affected and the roadway was re-opened. No injuries were reported and the matter is still under investigation. 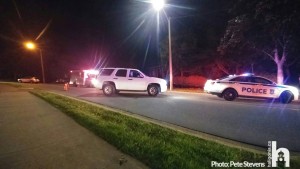