In the last couple weeks, I’ve gone to Chickens Plus and Fish on Fire on Glebe Point Road – and at both, I’ve had veggie burgers!  I’ve just been in that kind of mood lately, although last week I did try a beef burger from CP ($5.50) and it was pretty tasty.

Anyhow, I do enjoy veggie burgers here in Oz.  I have to say that they’re a bit different from ones that I’m used to in Canada but they’re still quite good. As opposed to a bunch of beans, lentils and oats – like the ones I’m used to – these ones are filled with green peas, carrots and corn.  Pretty nutritious, actually. In the end, I prefer CP’s offerings over that of FOF, and will probably stick with them from now on.  Another thing that I like about the burger culture here is the presence of beetroot and pineapple; two things that are rarely common in Canada.

The VB from CP is super substantial.  The patty is filling (and contains the ingredients listed above), but there are also several slices of beetroot and tomato, adding to its appeal.  The bun is a nice quality as well with the bread both soft and structured enough to carry the weight of the patty and toppings.  The burger comes with one sauce; I had “plenty” of mayo. 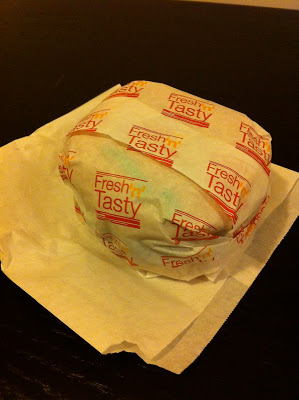 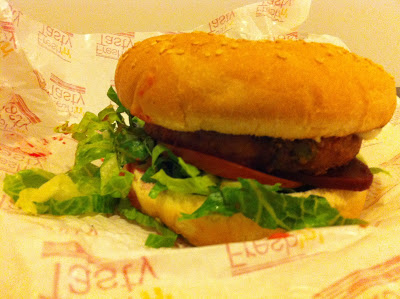 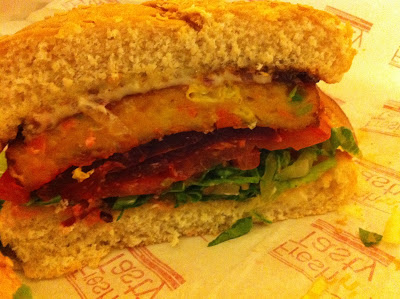 I wasn’t too keen on the VB at FOF.  Though, the patty had the same fillings as that of CP, it didn’t have that well-packed consistency and was a bit sloppy.  It also only came with only a sauce and ‘salad’ as toppings, which was essentially lettuce and some red cabbage.  Finally, the bun really put me off; it was almost crusty on the outside, but had that gooey, uncooked taste within.  I can say though, that the $2 extra for the order of fries was well worth it, as they were super tasty. 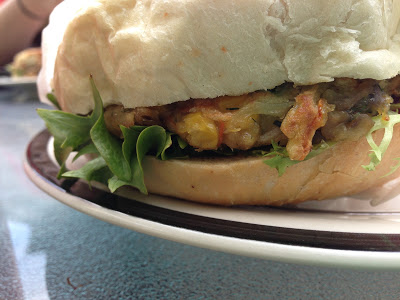 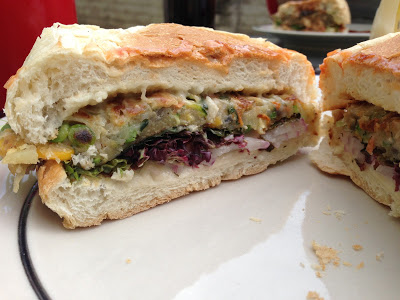 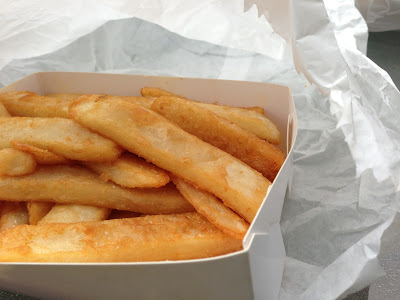 I’m not saying that FOF isn’t worth going to, but if you are on Glebe Point Road and looking for a Veggie Burger, I’d recommend Chickens Plus as the winner.  Both restos have many other choices, and I have enjoyed their fries as well.  FOF does have outdoor seating, however, which is much more appealing that CP’s counter-style.  But if neither has the seating that you’re looking for, the park across the road is a nice alternative to both!

Veggie Burgers: Chickens Plus vs. Fish on Fire
https://haligonia.ca/veggie-burgers-chickens-plus-vs-fish-on-fire-71450/