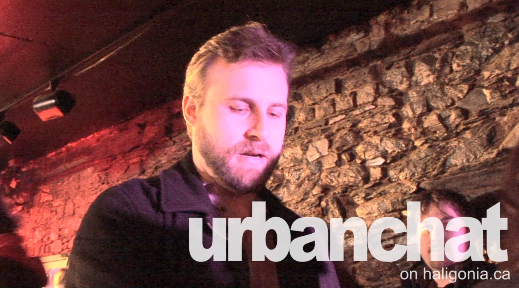 Video: Urbanchat  (Beta version) is a new video show which aims to showcase people and opinons in the city that may otherwise go under the radar. The first epsode is about feature film ‘Roaming’.

Roaming is the first feature film for director Micheal Ray Fox (pictured above) and was filmed in and around Halifax in the month of Febuary and March. Produced by Richard MacQueen, ‘Roaming’, was funded through Film Nova Scotia and Telefilm Canada’s inaugural “First Feature Program” In this interivew we see some behind the scenes footage of the cast and crew on location and Ashley King chating to Micheal and lead actor Ryhs Bevan-John.