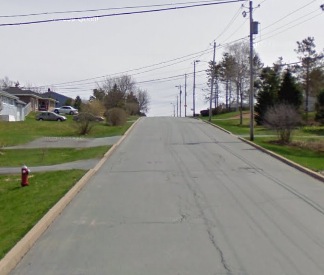 At 7:20 P.M. last evening the complainant was driving on Hillsboro Drive, Cole Harbour, when his vehicle was struck by a rock.  He observed two male, and two female teens start running in the direction of Auburn High School.  K-9 attended the scene a short time later and tracked the four teens to a residence on Broom Road.  The 14-year-old youth arrested and was released to appear in Nova Scotia Provincial Youth Court at a later date.