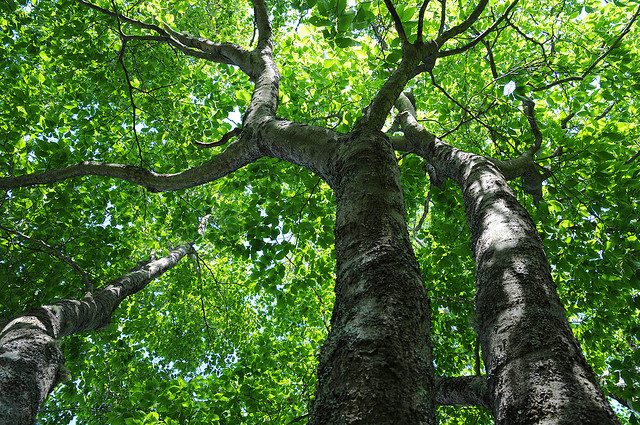 1. I am an eldest child, I have two younger brothers.
2. My first pet(s) were two Siamese cats named Topaz and Gigi. Topaz had kittens in my bedroom closet and when they were older, would carry them by the scruff of the neck, one by one, over to my bed and hop up, depositing them under the blankets. No matter how many times I picked them up and moved them, there they would be back again:)
3. Growing up, we lived on the edge of a small subdivision, surrounded by woods and all of us kids spent most of our time there, climbing trees, scaling cliffs ( Dead Man’s Cliff in particular, which we used to call Dead Man’s for short  ie: “Meet you at Dead Mans”) building forts, picking berries, spying on each other, playing hide and seek, tag, scouting for wildlife and causing trouble:) No computers. Nights were spent playing kick the can, red rover, british bulldog, sardines and other games until the street lights went on and you could hear mothers calling for their kids.
4. There was a brook nearby that dwindled to a trickle in the summer but the shallow banks were lush with moss. We once created a burial ground there for small animals. Easy to pick up a big clump of moss and deposit the wee corpse underneath. Hamsters, a dead robin, a squirrel, insects. We performed elaborate rites and made up special rituals and prayers, thoroughly enjoying ourselves and feeling very compassionate. Well one day shortly after our last burial,  it rained, the brook swelled and there went our graveyard, floating clumps of moss and cardboard and and wee souls bobbing off to the sea.
5. We used to hold a small neighborhood fair every summer to raise money for Rainbow Haven, a local camp run by the local newspaper for under priviledged kids. It would be held in one of our backyards, kool-aid, hot dogs, fortune teller, fish pond (Stick, string and clothes peg), three legged races etc. We would call the paper to let them know and a photographer would arrive to take a picture of us and our fundraiser. I think we organized it more to get our pictures in the paper than for any philanthropic reasons.
6. Scariest book I read growing up was The Haunting of Hill House The movie terrified me too.  The Haunting made in 1963. I remember watching it on TV in our rec room and I was too frightened to get up and turn off the TV let alone leave the room. So I sat scared stiff and watched the entire thing. They remade it in 1999 but it strayed from the story and wasn’t as good.
7. Christopher Walken and I once looked over our shoulders at each other as we passed by on a deserted side street in London. I looked back because it was him, he looked back because I think he was frightened by the face I made when I realized it was him! lol.  Prince Andrew shook my hand once and said” So glad you could come. “Really!
8.I backpacked through Europe for 8 months on my own. Wasn’t alone much, you make a lot of friends when travelling like that. Hostels and train pass.
9. Started a blog because I bumped into an  old friend of mine who had one. I had never heard of “blogging”.  I was fascinated by hers and enjoyed reading it. I like writing also and thought ,why not? Sadly she  passed away far too young, a few years ago but some of her internet presence still remains and I find it comforting.
10. I was a “news” film editor in its dying days. My first job. Reporters had to have their stories finished by 2:30/3pm because the lab took an hour to develop the film and then it had to be brought back to the TV station to be edited before going on air at 6. There was a magnetic stripe on the side of the film that carried the sound. B reel was a second film reel that carried the “cutaways”( interesting visuals) so you wouldn’t have to stare at a talking head too long, also to cover the reporters intros etc. We had to cut manually and then time everything, make up a cue sheet ,when B reel should start etc. so the projectionist would know when to start it. Two film reels for one story, sometimes three. Lots of work and done several times over with various reporters as the film came in. Sounds like the dark ages and it wasn’t that long ago really. I’m not THAT old.
11.Lima beans are not a favourite food.
12.I was a taxi driver for 9 months. Interesting. I wish I had kept a journal.
13. I saw Halley’s Comet when I was in New Zealand.
14.I would like to see a ghost but I know I would be scared s*%&*^#!!  I did see ghostly stuff once that I cannot explain but it wasn’t frightening because it did not take a form and I was more confused by it. It lasted about a minute. I thought it was white smoke at first.
15. I can speak Pig Latin. Esyay I ancay.
16. I took Theatre at University.
17. My daughter was born 5.5 weeks early and was tiny but fine.
18. I don’t know how to type properly.
19. My answers are getting shorter:)
20.Grade ten English, I was in a special class and all we did was write poetry. I still have them all and some of them surprisingly are ok.
21. Reconnected with an old pal through Facebook. We were crazy about the Monkees:)
22. I love going to the movies.
23. I love being outside.
24. I prefer photography to painting.
25. Wiley Coyote over Bugs Bunny
Now your turn:)