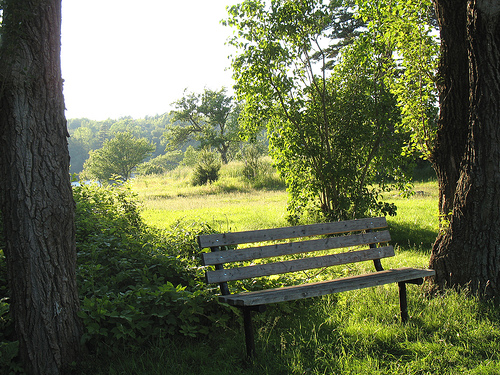 Ahh, to sit and just be……….a wee reminder of summer.

This was taken at Scott Manor House in Bedford near Halifax, a lovely small heritage property tucked away off a busy commercial area. It is situated on one of the oldest traveling routes in Canada. The Acadians used to herd their oxen past here from the Wolfville area to the head of Bedford Basin to load onto ships headed for Louisburg. The Micmacs used it for centuries before that. It was the main route from Bedford west to the Bay of Fundy.

I’ve been given a wee nod by Anne at NovaScotiaIsland I think you will enjoy her blog. She and her husband live in the lighthouse keeper’s home on a remote island off the south shore called Roseway Island. Click back to some of the earlier entries. so interesting. They are off island until February.